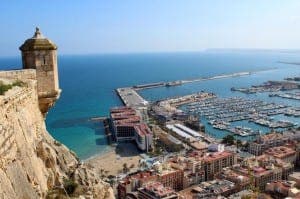 Some 12.2 kilos of it was found stashed in sacks of coffee on its way to Alicante from Hong Kong.

Police described the drug as ‘a strong synthetic cannabinoid’ which has an effect on the body ’80 times stronger than that of one gram of traditional cannabis.’

It is consumed by dissolving it in water before spraying onto a cigarette, said a police spokesperson.