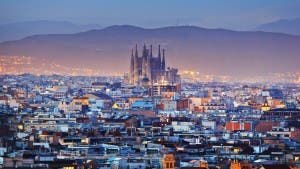 SPANISH authorities have arrested 25 for forcing women to work as prostitutes.

They have freed 22 women in Barcelona who were allegedly brought to Spain with false identity documents.

A judge provisionally jailed 11 of the 25 arrested, and released the others with provisional charges.

The criminal gang, which comes from Fujian in China, operated prostitution and drug rackets out of apartments in and around the Catalan capital.