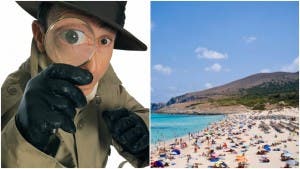 A MAJOR holiday company has hired a team of undercover detectives to squash fake sickness scams on all-inclusive holidays to Spain.

Jet2holidays has made the move after it was revealed the amount hotels had to pay out to sickness claims increased by 700% last year.

‘Ambulance chasers’ are said to be luring and encouraging Brits into making false claims of food poisoning to receive payouts.

Mallorca, the Costa del Sol and Tenerife will all be watched by undercover detectives this season in a bid to catch the companies in action.

A dossier will be prepared but it is not known if companies will be named and shamed.

A source told The Mirror: “Private detectives will be in the main resorts trying to spot those looking for business.

“These companies are peddling fraud and brazenly handing out leaflets and using social media sites telling British holidaymakers they can cover the cost of their trip by just filling out a form.

“Holidaymakers don’t realise what they are doing is fraudulent and if caught they will bear the brunt of the law – not the claims firms.
“The Spanish are taking this very seriously and have said in no uncertain terms that unless something is done to stop this practise, the British face a ban from certain package holidays.”

Brits’ sickness claims are said to be costing the industry €59 million a year.

Hoteliers across Spain are calling for a ban on Brits being offered all-inclusive packages.