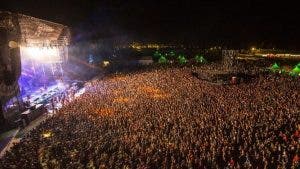 THE Alrumbo Chiclana festival has been forced to cancel after Chiclana Town Hall told organisers to change its starting date at the last minute.

Some 20,000 people had bought tickets to the annual event, in its 8th year, which was expected to bring at least €12 million to the local economy.

In a statement, organisers of the event said they have been battling with the town hall over the past few months, describing the discussions as some of ‘most unpleasant’ they have ever experienced.

The festival was given the go ahead by mayor Jose Maria Roman, and was approved by the police, Junta and the environment ministry.

Organisers of the event said: “We had all the procedures and conditions necessary to finish setting up the event, and were ready for the final inspection before opening the doors on July 10.

“But at 4pm yesterday (Thursday), we were told we cannot begin the festival until July 17.

“From Friday to Saturday we have been working hard to solve this new and unexpected problem and we have found zero cooperation on the part of the City Council who just a few months ago was celebrating the idea of the festival.”

They added that they have been met with administrative obstacles the whole way.

It has not been announced whether tickets will be refunded.