A ROBBIE WILLIAMS tribute act has been run out of a Spanish resort popular with Brits after it was discovered he served jail time for rape.

Singer Richard Agacy was singing to packed out clubs for his £150-a-night routine and was hugely popular with holidaymakers.

But he has now fled after it was discovered he had served eight years in prison for a sex attack back in 2008.

The 32-year-old had previously appeared on TV talent show Popstars: The Rivals and had tried to subtly change his name to avoid detection.

He was taking bookings under the name of Richerd Agassi.

A father did some research and discovered his past after rumours began to surface.

Posters were then put up around the resort with a warning note attached. 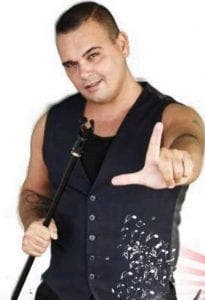 The message read: “This is the convicted rapist in Benidorm. CONVICTED…how has he got work…do not go and see this man…if he works in a bar where you do…then refuse to work with him!”

Bar owners in the resort have been pressured to not employ the singer for fear of a boycott or angry ‘mob-like’ reaction.

A woman claiming to be a victim of Agacy’s joined the campaign – with members insisting they will be in touch with ex-pats in Mallorca, and other popular destinations for Brits like the Costa del Sol, to ensure he doesn’t work there.

In 2008, Agacy appeared in court charged with rape after posing as a taxi driver to pick up his victim with another man.

Agacy and his accomplice Bhattin Elagoz were both found guilty of the 2002 sex attack at Croydon Crown Court.

After his past was unmasked, Agacy reportedly said to one Brit bar owner: “I’m sorry but I can’t sing in your bar any more or any bar, have to go back to England cos there’s people here that don’t want me here just because of my past 15 years ago when I went to prison why can’t people just leave me alone it’s not fair I served 5 and a half years in jail back in 2002 and people still give me hard time but thanks for everything.” 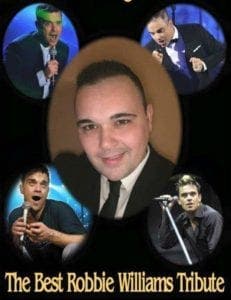 “Most people don’t care as it was 15 years ago you just get a small jealous minority people who try to cause s*** for me, mainly entertainers because they secretly know I can get more work than them.

“I was 20 and the woman was 28 at the time so people need to mind their own bloody business.”