I last visited the other side of the Iberian peninsula two decades ago with an old black and white guidebook from 1957… so it wasn’t really much of a surprise that Portugal had changed a bit.

But let’s face it, nothing stays the same forever.

By Spanish standards, it’s still a bit gloomy and quiet in Portugal, to say the least (more of which later) and the Portuguese still read the news pages rather than the sports pages. But that large area of the peninsula that Spanish weather forecasters leave oddly blank has quietly turned itself into a modern European state.

My Spanish friend and I crossed into the middle of Portugal from Extremadura after spending a couple of days in Merida – a city where, if you kick over a rock or even a stubborn weed you’ll likely find some remains from Roman times.

From here it was only 60 kilometres to Elvas, a town literally leaping with castles, palaces, churches and a fine aqueduct.

It took no time at all to reach since the formalities of crossing a frontier from one Schengen country to another involves nothing more than turning to your companion and saying ‘Cor, looks like we’re going to need that phrase book soon’.

We spent our first night in Hotel Jardim, just outside Elvas, which served us well, turning out to have a fine restaurant where we discovered that the Portuguese have a trick.

They leave various plates on your table of cheese, ham, fish paste and olives before you’ve settled down and looked at the menu, and then they charge you heavily for them afterwards. Later on in a Lisbon restaurant, having learnt the hard way (ED: I happen to really like all that stuff, particularly the cheese, most of which comes from a fantastic town Azeitao, near Setubal) we said to the waiter ‘all of this stuff – fuera!’ And it worked.

The Portuguese couple at the next table looked vaguely impressed. ‘Yeah’, they said, ‘you can take ours away too’.

However, the food in Portugal is great; the wine – especially the vinho verde – is excellent and a genuine surprise, as is the local Alvarinho which is the Portuguese version of Galicia’s excellent Albarino.

Chicken, by the way, is called frango. Easy to remember, I told my Spanish companion after a glass or two, ‘just think of Francisco Frango’.

The coffee is served black in tiny cups.

We spent a few days in a coastal city called Aveiro, notable for its canals, its handsome three and four-storey tiled buildings and a beautiful old palace where you get a fine cup of tea in a china pot.

I was here that my partner had her first ever cup of Earl Grey.

We had brought our swimming things with us on the tour, but the weather was cool: sweaters in the evening. ‘You won’t want to swim here’, we were told, ‘the ocean is far too cold’.

From here we took a day return north to Oporto on the local train (150km total), to meet a friend, marvel – albeit too briefly – at the dramatic beauty of the city and buy a bottle of port.

The station in Aveiro is manned by a delightful collection of people who speak absolutely nothing except the local patois, and while I managed to explain that we wanted two daily returns no stoppee, it was a lottery as to whether I had got it right – especially since the whole cost for both of us was €12 all in, one hour each way including a number of brief stops in small country stations.

Through the window, we finally saw the beach. Aveiro is nominally on the coast – it’s a town with canals – but the beaches are several kilometres off, behind dunes and scrub. At last the ocean – apparently cold and inhospitable – was in view. Perhaps another time.

The main charm for me from our mobile viewpoint was the giant bird nests that seem to decorate the top of every beautiful and noble man-made construction in the western half of the Iberian peninsula. The more sublime the edifice, the more likelihood of a giant mess of twigs and a very self-satisfied crane crowning the building, to the irritation of the owners and the evident delight of the birds themselves.

Lisbon is also a tremendous place to take a tour around. High buildings and narrow streets cover the seven hills. Small yellow trams; tuc tuc three-wheelers with a sofa nailed to the back; tiny electric two-seater Renaults; some Segways – and particularly cool ones that look like mopeds – some motorcycles with sidecars and a few expensive looking battery-run BMWs make up most of the traffic.

The city is full of tourists. Everyone speaks English, and French and anything else – except, of course, Spanish. Spanish? Forget it. It doesn’t exist, much to the annoyance of my friend.

That said, we spent three contented days in the Portuguese capital where the history of their abandoned colonies in Africa and Asia, plus their success story of Brazil, means that you see people of all colours. And, unlike anywhere else I know, they are perfectly integrated.

We spent our last day in a small town called Castro Verde, where we felt like the first tourists ever. The place was peaceful and grimly bucolic: the food in the local restaurant was terrific.

And so back across the border to Spain with our booty of fridge magnets, tee shirts and decorated mugs.

We got our skates on and our first port of call was in a giant motorway cafe near Antequera. And what a complete culture shock it was.

The noise of a 150 gleeful diners screaming altogether over a loud TV was most welcome – and ear-splitting.

‘We’re home at last’ my partner shouted happily to me as she stirred her café con leche.

For more musings from Lenox visit his excellent blog http://spanishshilling.blogspot.com.es/ or newsletter www.businessovertapas.com

The roads in Portugal are pretty good, with the motorways usually run by concessionaires who charge a toll, either with an operator or with slightly annoying cameras.

The normal country roads are more or less fine, although the Portuguese sometimes add large metal posts to where a simple white line of paint would serve nicely.

Driving through the country, the best thing for me – we live in the desert of Almería – was the greenery. As we had had some trouble with the GPS – Movistar doesn’t make it easy when you switch to another country – we got a bit lost at one point and found ourselves driving through the burned forest which claimed over 60 lives recently.

It’s a large and most depressing stretch of country. The Portuguese have been blamed for planting eucalyptus in the countryside, and the fires are consequentially dangerous and immediate. We saw several reported on their TV news channels, even after that horrific fire.

On the subject of transport, our train to Aveiro was full. It stops in all the small villages en route and its timetable means it calls by every hour. Compare this with our own noble and idiotic plan to build an AVE through Almería and on to Murcia – a train which will be empty, hurtling by without stopping twice a day and costing the taxpayer a fortune.

My Top Ten surprises in Portugal

Unemployment, at 9%, is half of Spain’s rate

The small round goats cheeses (queijo de cabra) are delicious

Port (although make sure you get a proper ‘vintage’ one)

The countryside is overwhelmingly green

The unconscious integration of immigrants, homosexuals and any other minorities 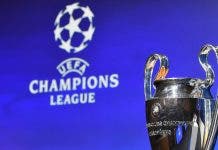 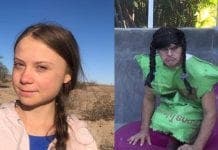 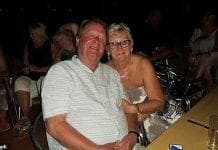