?RAFAEL Nadal has sailed through to the US Open semi-final in three straight sets.

The Spaniard dismantled his young Russian rival Andrey Rublev in under two hours.

The 6-1, 6-2, 6-2 defeat means the Mallorca maestro will face Swiss legend Rofer Federer provided he comes through in his quarter final this evening.

Despite meeting at every other Grand Slam, many times in the finals, they have yet to battle at Flushing Meadows in New York. 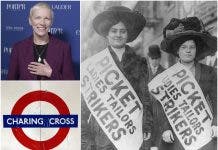