THE venue had been dressed up, the outfits purchased and the performances meticulously rehearsed.

It was sure to be a party the punters at the El Bosque club would never forget.

Yet this was no run-of-the mill club performance. And the club, in Cartaya, Huelva, is not your typical nightclub.

‘In-house services’ – your guess is as good as ours.

El Bosque is a roadside brothel, frequented by both expats based in Spain and travelers crossing the Portuguese-Spanish border.

The manager was blissfully unaware that he was inadvertently promoting underage sex.

However, his team had openly distributed flyers around the surrounding area of Andalucia, on cars and in pubs and restaurants, where many children would have seen them.

“While I do understand that this might bother some people, we don’t incite nor force anything and every year the posters are similar around four seasons: Spring, Summer, Halloween and back to school,” he said.

One expat mother, who asked not to be named, contacted the Olive Press after seeing the flyer promoting the night which suggested that school girls would be the hosts for a mere €10 – the price of a ticket to the party, which included two free drinks.

The own goal led to the local mayor sending in the police to remove the offensive advertising. The event was quickly cancelled.

Deputy mayor Manuel Barroso, echoed the concerns of locals and feminist groups, saying: “We have a legal team working to see what can be done and how we can prevent this in the future.

“We work a great deal to fight against any kind of sexism,” he said. 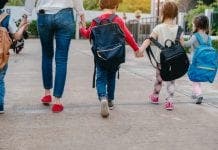 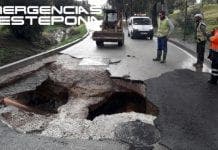 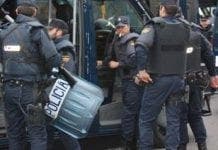