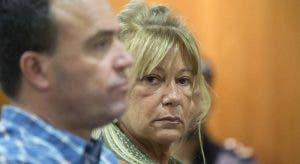 FORMER mayor of Marbella Marisol Yague has been sentenced to another two years behind bars.

It comes after the 67-year-old, who is already serving a five-and-a-half-year sentence for her involvement in the Malaya cash-for-votes scandal, was found guilty of misappropriation of public funds.

Yague was convicted last week for using granite, marble and other materials that were stored in a town hall warehouse to refurbish her own home in 2004.

She was found guilty alongside two other former town hall employees – Luis Angel Maté and Elías del Pozo – who assisted in stealing the building.

The former mayor must also return €10,729 to Marbella town hall.