MORE than 57 million tourists visited Spain up until August this year.

The figure is a 9.9% increase on the same period last year.

According to the National Institute of Statistics, 10.4 million foreign tourists came to the country in August alone, up 4% on 2016.

And Brexit hasn’t put off the Brits, with 13.2 million visiting between January and August, a rise of 7.8% on the same period last year.

The UK was followed by France, with about 8.4 million international tourists, an increase of 1.8%, and Germany, which grew by 7.2%, to 8.2 million visitors.

Catalunya was the most visited region in August, receiving 2.6 million visitors and accounting for 24.6% of all foreign tourists.

It was followed by the Balearics, which received 2.4 million foreign tourists – a 2.6% increase – and Andalucia, which attracted more than 1.4 million.

The figures mean Spain is on track to smash last year’s tourism record, which saw the country rake in more than €77 billion from the industry. 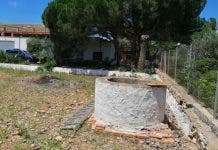