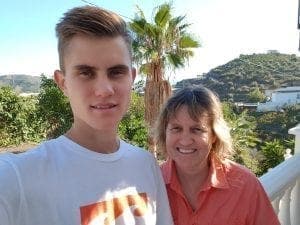 AN expat family have slammed slack emergency services after reporting a wildfire near their home.

Jo Wright, 51, and son Alex, 16, were shocked when a local police car arrived with three officers and a small fire extinguisher, some TWENTY minutes after calling 112.

The pair said it took nearly an hour for two fire engines to arrive and put out the fire near Torrox.

It came after the teen was asked for his NIE by the operator.

“I can’t understand why it was necessary,” mum Jo told the Olive Press. 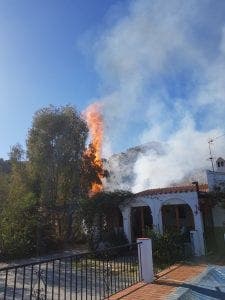 You could literally hear the eucalyptus trees crackling in the background and she was asking for his NIE and who he was with.”

Alex had made the emergency call after seeing smoke bellowing from a neighbours house.

“They obviously thought he was a prankster. Thank God it wasn’t a windy day or the whole valley would have been ablaze.”

Torrox Police told the Olive Press they could not comment on whether asking for an NIE before sending help was standard procedure.