THERE’S been a dark cloud and a rumbling on the horizon recently.

Not the weather, which seems to be permanently stuck on an early September setting.

While most people have been posting endless photos of beautiful sunsets and days on the beach – much to the annoyance of those in colder climes – campo dwellers such as myself have been praying for rain.

Not just the torrential downpour complete with impressive thunder and lightning that we had a few weeks ago, but a steady couple of weeks to fill up the reservoirs.

The only effect of the recent impressive downpour was to flood the kitchen, bedroom and bathroom at the Casita at 6am.

With the weather doing a fair impression of Hurricane Katrina outside, I was unable to get to the outbuildings and turn on the generator, so ended up mopping up by candlelight, resplendent in dressing gown and wellington boots.

Whoever said candlelight provided the perfect mood was right. After my campo version of the Poseidon adventure, I was in a foul mood for the rest of the day.


The aforementioned dark cloud, however, has been my impending landmark birthday, now less than two months away. I have always subscribed to the ‘age is just a number’ school of thought and, given my fairly hairy lifestyle choices over the past couple of decades, it is frankly a miracle that I made it past 30.


Perhaps it is the fact that, when I’m running down the Spanish Top Ten on my breakfast show, I can recognize only about three of the artists – and wonder where the vowels went with the rest of them (The Weeknd, SZA etc.).

Perhaps it’s because I don’t care what you made Taylor Swift do. Or perhaps it’s because that I am now reaching the age that skull t-shirts, baseball caps and ripped jeans all look a bit like your uncle trying to be down with the kids. And I am that uncle.


Even worse, my recent attempts to be eclectic in my dress sense, has also come under fire. I paired brown brogues with a pair of yellow hooped socks, Burberry scarf and country jacket and was appraised by a fellow (female) journalist (and proper writer) as looking ‘very Toad of Toad Hall’.


So I’m looking forward to turning 50 in January and fully embracing my mid life crisis.

Probably with soup and a sandwich in a chair by the fire, blanket over my knee, and shouting ‘I don’t believe it’ at the Today programme.


Does anyone have Ronnie Wood’s number? I need some tips on growing old disgracefully…. 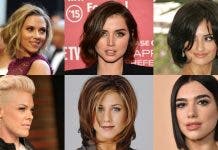