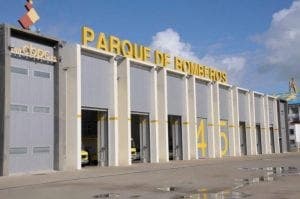 SOME 14 fire bosses have been arrested for allegedly embezzling public funds.

But when their employees retired early, chiefs siphoned off the money from the payouts.

Large sums were paid to a company to provide training courses, but no evidence has been found that these courses took place.

Meanwhile, irregularities were also found in grants and subsidies, which cops believe were used to pay for private trips.

The irregularities date back to 2008 and cops believe at least €7 million has been stolen by those at the top.

A former president, former manager, head of training, auditor, treasurer, general secretary, former head of strategic services, technical director and an administrative technician have been charged with the alleged crimes of prevarication, embezzlement of public funds, fraud in public procurement and illegal appointment.