IT has been quite the year for Spain’s Sergio Garcia.

The 37-year-old has been named the Hilton European Tour Golfer of the Year for 2017, voted on by members of the golfing media.

Garcia, who wed golf reporter Angela Akins in July and the couple are now expecting their first child, said: “I think both on and off the golf course it has been a unique and unbelievable year and one that I will definitely remember my whole life.

“I am so happy to receive this award, and to be named the Hilton European Tour Golfer of the Year, against the calibre of players that were in contention is incredible.”

Garcia beat Englishman Justin Rose to pick up his first major title at the 2017 Masters.

He also won the Dubai Desert Classic and the Andalucia Valderrama Masters, an event hosted by his own foundation. 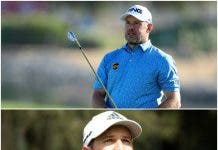