I HAVE flown around the world from Moscow to Mauritius and from Uganda to the United Arab Emirates with very little hassle.


But to mark our wedding anniversary, we decided to stay closer to home and picked our favourite island – magical Mallorca where we lived when I was editor of the Majorca Daily Bulletin.


We booked a return flight to Palma with Ryanair, but only a few days before we were due to fly came the dramatic news … they didn’t have enough pilots!
The threat of cancellations because of pilot shortages stopped us in our tracks.

We had been dropped in it at the last minute by this airline many times before, so we did not want to take any chances. We forked out more cash and booked another single flight with EasyJet.


So we had two flights booked to Spain, eventually picking EasyJet. No problems with that flight and we had a lovely anniversary, visiting our old haunts in Palma, Illetas and Palma Nova.

But then on our very last day came the bolt from the blue. As we were packing late in the afternoon ready for next morning’s flight back to Newcastle, we got a text from Ryanair – your flight has just been cancelled!


Because of the French Air Traffic Control strike we were left high and dry. That night we desperately tried to get a flight back to the UK, but to no avail. So next morning – Tuesday Oct 10 – we decided to hop on our pre-booked 5am shuttle to try potluck at Palma airport.

It was absolute chaos. Some of our fellow passengers were told that Ryanair could help them – they could catch a flight to Milan, stay over, then catch a flight to Edinburgh.
We did not fancy that and just wanted to get back to the UK asap.

After trailing round many airline desks, it seemed a mission impossible to get home on the day of the strike.


But just as we had given up all hope, Spanish airline Vueling came to our rescue – they could get us back to Cardiff that afternoon. It was quite a way from Newcastle, but at least we’d be back on British soil.

Well, we waited and waited, then our take-off time suddenly vanished from the board. We were told that our afternoon flight had been delayed until 20.00 hours – remember we’d been at the airport since 6am!


Finally, just as we were due to board, came the bombshell – the flight had been cancelled – our second in 24 hours!


Why did the Spanish company sell us tickets at the airport in the first place on the very day of the strike, knowing that the plane would almost certainly never take off?
Angry passengers – some parents with babes in arms – were then told to collect their luggage and go to the Vueling desk where we waited for another two hours for new flight information, but still could not get a flight home.


The earliest and nearest flight to home was Thursday morning Oct 12: Palma to Barcelona then Barcelona to Manchester at 13.25 – a five-hour wait!


We then queued up yet again to find out which hotel we would go to and the company laid on a bus for the hour-long drive to Porto Petro, where we stayed for two nights.
The company promised us an early morning pick-up back to Palma airport on Thursday – fair enough.


But no information was sent to our hotel about the return pick-up and all attempts to get in touch with Vueling failed.


We anxiously waited through the night for a call from the company. Other airlines had posted pick-up messages for their customers but ours never came.


Good job we did, as the flight to Barcelona was on time. Then we had the five-hour wait for the Manchester plane … and another long wait in Manchester coach station for the bus back to the North East.


Ryanair eventually refunded our flight money, but Vueling said the strike was out of their hands. We lost more than €200 euros, what with hotel and coach bookings, taxi and airport food, and gained a few grey hairs.

After complaining several times, the company reluctantly sent us €60 euros which didn’t even cover the taxi fare! 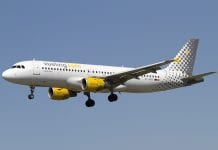 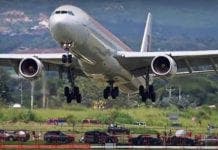 BREAKING: Half of all European flights could be delayed due to computer malfunction 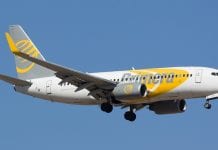 New budget flights launching from Manchester to Malaga for €35