ONE person is missing in Mallorca after Storm Ana began to cause devastation across Spain.

Maritime Rescue are searching for the individual who is believed to have been dragged out to sea by unusually large waves in Santa Ponça.

A search boat and helicopter have been deployed but the search has been hampered by a lack of visibility.

It is expected to commence again tomorrow morning.

The storm has resulted in ELEVEN separate red alerts being issued due to the ‘extreme risk’ it poses.

Andalucia has avoided the worst of the storm so far, but six flights were cancelled or diverted from Malaga Airport today.

Drivers of tall or heavy vehicles, as well as those with trailers, in caravans or motorcycles have been told to stay off the road in Andalucia tomorrow as winds of over 100km/h are expected.

The North West of Spain is expected to be worst hit and there have already been over 260 reported incidents in Galicia alone.

The majority are related to flooding in streets and homes and from fallen trees and branches.

Some Galician municipalities received more rain today than they did throughout the entire month of November. 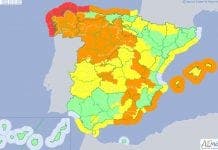 WEATHER ALERTS: Third person killed by Storm Elsa as parks in Spain’s Sevilla forced to close due to flood waters 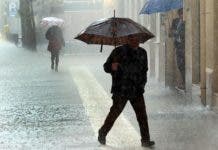 WEATHER WARNING: Spain’s Malaga hit by torrential rain – but there’s a Christmas gift around the corner 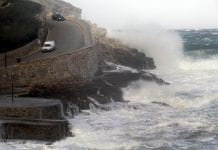 Storm Bruno set to bring snow to Andalucia, fierce winds to the Balearics