IBIZA Weekender star Jordan Davies has called out ITV2 for not promoting the seventh season which began this January.

The show, which saw the first three season as Magaluf Weekender in Mallorca, has had Cardiff-born Jordan Davies as a rep in every season so far. This will be the first season without other long-time cast member Imogen Townley involved in shenanigans in the sunshine and sand.

The show films ‘Big Brother’ style, following both Ibiza regulars and first timers on their Balearic holidays, capturing the good, the bad and the ulgy for viewing pleasure.

Celebrity Big Brother and Ex on the Beach star Jordan tweeted, “Oi @itv2 we have a show starting in less than a week.. fancy doing some promo anytime soon or you wanna just tweet about shows starting a month after ours, #EveryYear #PoorEffort”.

A day after the bitter tweet, ITV2 tweeted twice about the upcoming series for the first time in weeks. 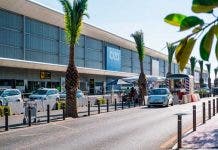 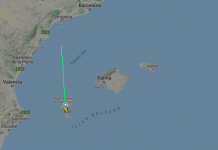 Plane disappears after taking off from Spain’s Ibiza