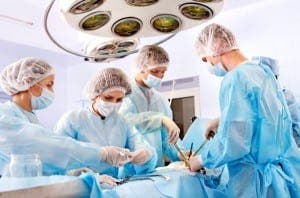 SPAIN is officially the world leader in organ transplants.

There were 5,259 transplants carried out in the country last year, breaking the 2016 record of 4,818, according to figures from the National Transplant Organisation (ONT), released today.

The American Journal of Transplantation cited Spain as a model from which other countries have a lot to learn.

Spain’s health minister Dolors Montserrat  said it was the 26th consecutive year that Spain had been top of global rankings for transplants.

“These are the very best results in the history of the ONT, both in organ donation and in transplants,” she said.

“In the last three years the donation rate per million population has increased by 30 percent, something extraordinary when starting from a situation of excellence and if you taking into account how difficult it is to be a successful donor in the current epidemiological circumstances.”

Rafael Matesanz, founder of the ONT, discussing Spain’s success, said ‘good organization in the process of deceased donation and continuous adaptations of the system to changes are always the basis of successful results in organ donation’.

Spain operates an ‘opt-out’ system in which all citizens are automatically registered for organ donation unless they choose to state otherwise.