IF you are a foreign citizen but a non-resident homeowner in Spain there is a tax that applies to you: Non-Resident Income Tax. In this case it’s not based on income from any activities other than those related to your property in Spain, including mainly rental income derived from it, but also from the ownership in its own right.

In other words, the tax applies even if you don’t produce income through renting out your Spanish apartment or villa.  We looked for advice no further than our friendly lawyer Adolfo Martos Gross who explained in general, Non-Resident Income Tax can be divided into three cases: 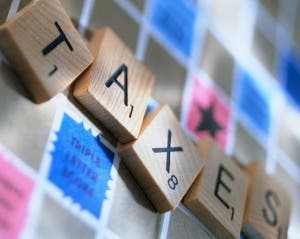 The name ‘income tax’ is a bit of a misnomer for people who simply own a property in Spain and retain it for their exclusive private enjoyment, i.e. do not use it for commercial purposes. In reality, it is more of a property tax, payable before the end of the next year and upon submitting Form 210, though it can be paid directly from your bank account without having to visit the tax office.

The tax is calculated at 1, 1% of the cadastral value of the property and 2% in municipalities where cadastral values have not been revised and updated during the past ten years. The 1,1% rate is applicable in Marbella, Benahavis and Estepona, and it forms the base figure against which the 19% VAT for EU citizens and 24% rate for non-EU citizens is calculated.

If the property has more than one owner, as in the case of a couple that owns it 50/50, each owner has to submit a separate Form 210 and is responsible for payment of half the amount due.

If you own a property in Spain that you don’t use yourself but rent out long-term, you will be liable to pay VAT on the income derived from what is seen as the commercial exploitation of your asset. This effectively makes it a business asset, and as such you are taxed on the resulting income. EU citizens, however, are able to deduct all reasonable expenses pertaining to the maintenance of their rental property. This includes the local municipal IBI rates and garbage collection charges, community fees, insurance, maintenance and repairs.

Declaration of rental income has to be made on a quarterly basis and Form 210 still applies, so submit it and pay through your bank before the 20th day after the end of each quarter, so the 20th of April for the first quarter, the 20th of July for the second, and so on.

If you prefer short-term holiday rentals over fixed, long-term lets, as many homeowners on the Spanish Costas do, then essentially the same rules apply. You will still have to declare your rental income on a quarterly basis, accompanied by a Form 210, and the rate of 19% will still apply for EU citizen and 24% for non-EU citizens. The former can still deduct home-maintenance related expenses, but only proportional to the declared period of rental.

If you rent the apartment part of the year, no matter if you enjoy it the other part or not, you will have to submit twice Form 210. First, to declare and pay the tax on the rents received (which must be done before the 20th day after the end of the corresponding quarter) and second, to declare and pay the tax as a homeowner. In this last event, the tax will be proportional to the time the property has not been rented out and the Form 210 must be submitted before the 31 of december of the next year.

Each scenario varies dependent upon its specifics, from paying taxes on rental income to paying a smaller annual amount for what is called Non-Resident Income Tax but actually equates to a nominal property tax.

Surprisingly some people who have owned a property in Spain for a number of years have never been told they needed to pay Income Tax on their property. Recently a client asked me for help since after one year he still had not received his retention back from selling. When we looked in to the matter we realised the client had never paid income tax in Spain and so the tax authorities would not refund him any tax until after he had declared and paid any income tax due. So if you are a non resident it would be a good idea to check with your lawyer or fiscal adviser that you are paying income tax and that your declaration is up to date.