More aptly and with apologies to all you ‘Game of Thrones’ fans out there – Winter has absolutely come.

It’s been the most biting cold snap that I can remember in a long time, with the boffins at the Spanish Metrological Agency, AEMET, reporting that lows have been between 3ºC and 6ºC – below what’s considered normal for this time of the year.

It even snowed on the beach in Barcelona and I’m surprised that Carles Puigdemont didn’t blame that as some sort of underhand tactic by Madrid, ‘freezing out’ an independent Catalunya.

Living on a lake at the bottom of a valley on the edge of the Sierra de las Nieves – and I found out why it was called so during my first winter at the Casita –  I am used to the cold.

My mother was born in Glasgow, my father hails from the Rhondda (the Welsh one, not the one with the gorge) and I was born in the bad lands of North Staffordshire – a place whose most famous exports are Wedgewood, Armitage Shanks and, erm, Robbie Williams, so I am no ‘soft southerner’.

This fact was witnessed when I decided to take a January birthday plunge in the lake last year, even though La Concha had a light blanket of snow. I set a new world record for fastest unaided exit from a body of water and my screams could be heard from Ceuta.

The shock was such that I had two small bumps on my head, due to certain sections of my undercarriage retracting at great speed.

I even learnt a new phrase ‘¡hace un frío que pela’ – to be cold enough to to freeze the balls off a brass monkey – and I went by the name of Brass Monkey Brown for a few days afterwards.

But, as the great Billy Connolly once pointed out, ‘There’s no such thing as bad weather, there’s just inappropriate clothing’.

So I now venture out of the bedroom wearing most of the scarves, beanies, jumpers, gloves, gillets boots and snoods (2018 is the year of the snood at my place) that I received for my birthday, as well as my Moroccan style hooded dressing gown and, if she doesn’t move fast enough, the cat.

I have also toyed with the idea of hooking up the ‘butano’ heater behind me at a safe distance via a harness.

The overall effect is Scott of the Antarctic meets a Java scavenger from ‘Star Wars’, but if it keeps me warm, dry and alive as I shuffle around making the first coffee of the day in the impromptu deep freeze that is my kitchen (I don’t need a fridge. I just leave the milk on the terrace overnight), ‘Ice Ice Baby’ on heavy repeat in my internal jukebox, then I’m happy to semi hibernate until the spring! 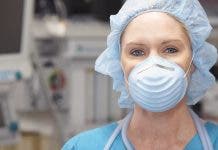