THE number of people in Spain who have died from the flu has risen dramatically.

In what is proving to be the deadliest season of the last decade, some 472 deaths have been attributed to the aggressive flu virus.

Since first being identified in November, the National Network of Epidemiological Surveillance at the Carlos III Institute of Health have recorded all associated cases.

Between January 29 and February 4,116 new deaths were recorded.

The study authors report that this season is producing ‘excessive mortality, greater than what had been anticipated’, with most deaths occurring in those over 64. 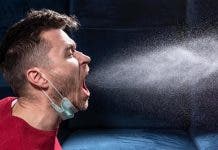