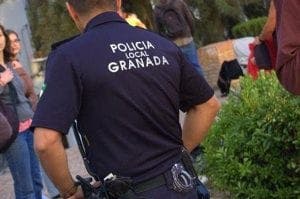 A PENSIONER has stabbed his daughter’s killer some 33 years after she was found dead in a well in Andalucia.

Juan Jose Fernandez stabbed and assaulted Enrique Sanchez, his brother-in-law, who spent more than 20 years behind bars for the sexual assault and murder of Ana Isabel, 4.

It was allegedly the third time Fernandez had attacked the killer since he was released from prison and returned to Granada.

Previous known attempts at retribution have included trying to run him over with a car and a punch up in a bar.

The disappearance of Ana Isabel was similar to the recent Gabriel Cruz case in Almeria.

The girl disappeared on May 25, 1985, and that Sunday would see the whole town participate in the search operation, including the killer, Enrique.

Like Gabriel, the corpse of the girl appeared days later at the bottom of a well.

Police soon uncovered evidence to tie Enrique to the murder before the trial revealed even more sordid details.

Enrique had taken the girl away from her hometown under the promise of sweets.

He took her to an abandoned farmhouse and tried to rape her.

He did not carry out the rape, but fearing the little girl would tell her parents he threw her down a well and covered it.

Dad Fernandez was 37 years old at the time while killer Enrique was just 21.

Fernandez has been released after the most recent assault while the Court of Instruction number 9 of Granada will take statements from several witnesses to clarify the events.

Killer Enrique, who in the two previous occasions did not file a denuncia, displayed wounds, blows and deep cuts in both hands and in the nasal septum.

He has not yet testified before the judge.

The alleged perpetrator Fernandez went to court last Friday, but could barely be heard because he was under the influence of anxiolytics.

Judicial sources quoted by Europa Press say that the circumstances of the events are ‘confusing’ and ‘technically there is no one being investigated.’