THOUSANDS of Friends fans have flocked to Madrid to take a nostalgic trip back to the 90s.

#FriendsFest, Spain’s first ever exhibition dedicated to the legendary US sitcom, has welcomed almost 5,000 visitors at the Casa del Lector in the capital.

And it seems the hit TV show is just as popular as ever, as the €5 tickets sold out online in just under 48 hours.

TV Channel Comedy Central, has recreated the iconic lilac-walled apartment of character Monica Geller, played by Courtney Cox, where visitors can make themselves comfortable with a cuppa in the kitchen, or pinch one of Joey’s sandwiches from the fridge.

Fans can also pose on the famous orange sofa which the actors sit and chat on during the opening credits of the show, while the soundtrack I’ll Be There For You by The Rembrandits echoes across the exhibition.

The show first aired in 1994 on NBC and ran for a whopping ten seasons and is widely recognised as one of the most popular TV shows of all time. 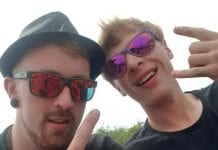 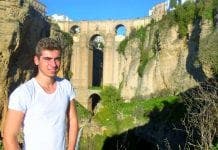 To travel alone: A rewarding experience or an absolute nightmare?