A BRITISH expat has started a campaign against balconing after her friend fell and died from a hotel room earlier this year.

Georgia Hague felt impelled to act after her friend, Natalie Cormack, 19, plunged to her death from the seventh floor of the Eden Rock hotel in April.

The expat, who worked with Hague at the popular Mambos bar in Magaluf, would be the first of three to fall to their deaths at the same hotel.

After realising most tourists in her area are not aware of the numerous balcony falls and the real danger in drunkenly playing around high up, Hague, from Hertfordshire, decided to reach out and start a campaign to bring awareness directly to where it’s happening.

“I had always heard of holiday balcony falls but it was never something I took much notice of,” Hague told the Olive Press, “I feel this is the same attitude many other holidaymakers have, it’s just not taken seriously enough.

“When Natalie died, it hit me hard as you just don’t expect it to happen to someone you know.”

At least seven young people have lost their lives this year by either jumping from balcony to balcony or falling over low railings.

Recently, Northern Irish amateur footballer Padraig Morgan, 18, fell from a second-floor balcony in Deia. He is in a critical condition.

Some balconies and walkways are simply walls which young people tend to sit on without realising how high up they actually are.

“I want to get the word out as much as possible so holidaymakers are much more aware of the dangers,” added Hague, who has been working in Magaluf for four months.
The campaign comes after 20-year-old Welshman Tom Hughes died at the Eden Rock after confusing it for his apartment building and hopping off the deceivingly high wall on June 3.


A French teenager also died after suffering serious injuries from a balcony fall on July 2 in Magaluf.


Thomas Channon, 18, was found dead after falling 70 feet from the walkway – known locally as ‘the walkway of death’ – at the Eden Rock on July 12.


On July 19, a young Irish lad, 14, became the seventh balcony death this year, after falling off the balcony in Playa Muro. His mother had caught him, but could not hold on long enough.


Since the last Olive Press issue alone, a young tourist in Arenal, 25, plunged off the second story balcony and landed on a parked car, smashing the roof in with her head and body.
Her mother was one of the first people to find her. She remains in a critical condition.

Two other young men have fallen from Calvia balconies in the last week and are fighting for their lives in hospital.

Now officials at Eden Roc have finally fitted a glass panel and metal fence around the danger area.

Further safety plans for the complex are also expected to be submitted to Calvia council in the coming weeks.


Hague has been working hard with artists and designers to create a poster to accompany the campaign. Bars and hotels, especially in Arenal, Santa Ponsa and Magaluf, have vowed to hang the posters.


“It’s been a really tough few months dealing with the tragedies out here but I really do hope this is the start of something positive which can help make a difference.” 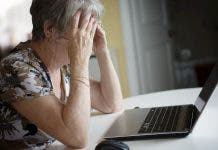