TWO rolling hills face each other across the city of Granada in the Valley of Paradise: Alhambra and Sacromonte.

Although they sit less than 500 metres apart from each other on opposite sides of the Río Darro, they couldn’t be more different. While Alhambra is a patchwork of green, Sacromonte is bare and dry and while one boasts one of the world’s architectural wonders, the other is riddled with gypsy caves and imbued with a mystical spirit called duende.

After the Christian Reconquest in the 16th century, Sacromonte became a refuge for all the minorities and misfits who faced persecution under the Catholic Monarchs. Moriscos (Muslims forced to convert to Christianity) and Gypsies were among those who hid out in its rocky hills to escape religious oppression and societal judgement.

In contrast to the grandiose palaces dotting the Alhambra, its southern counterpart, Sacromonte’s cave homes hollowed out of the bare rock, with makeshift aluminium doors and faded rags for curtains, remain telltale signs of the gypsies’ adversities.

With its arid climate and steep muscle-searing hike up to the caves, Sacromonte has never offered the most ideal living conditions. But for these outcasts and refugees, it was a safe haven where they could find both solitude and integration, freedom and acceptance. It was a place to call home.

The caves also allowed the natural intermingling amongst their inhabitants, creating a platform for exchange of rich culture and history. And like a chemical reaction, the long interaction between these two diverse cultures gave rise to Zambra Flamenco, a fusion of Andalus, Gypsy and Moorish traditions. Zambra originates from the Arabic zámra, which means a celebration with music and dancing.

The genre combines the complex emotions and vivid experiences of the cave-dwellers in this celebrated gypsy art form. Both Moriscos and Gypsies were considered ‘malditos’ (cursed) in 15th and 16th century Spain and their songs express their shared feelings of neglect, pain and isolation as well as strength, vigilance and joy.

In the caves of Sacromonte, often called the cradle of Flamenco, Zambra shows are held every evening. The performance revolves around sacred rituals in a traditional gypsy wedding – La Alborea, La Cuchacha and La Mosca – featuring emotive songs and dynamic dances unique to Sacromonte. In every measure of the music, the performers exude fervent emotions and dynamic movements.

It’s a raw and passionate art form where the dancers’ facial expressions speak as much as their dance moves in an outpouring of emotions that are infectious. One by one, the audience in the cave begins to mirror the dancers’ expressions. We smile when they smile, grimace when they grimace, and breath a sigh of relief as they do when the tempo relaxes. It’s a communal ordeal.

With a guitarist strumming in the background, performers of the Zambra sing, clap, and dance, constantly switching between these roles and supporting each other. Even after an exuberant, intense dance with their feet constantly moving and castanets clacking, the artists return to their seats with unfading energy to join the singing, hand-clapping audience while others take their place on stage.

Although Moriscos and Gypsies were the pioneers of this strong and vibrant community of Sacromonte, they are no longer alone. Down the centuries, nomads from all corners of the world have sought out Sacromonte to capture some of its free spirit for themselves. And many more visit the slopes of Sacromonte every day to take in its picturesque white-washed landscape and the gypsies’ famous Zambra Flamenco show.

What started out as as a refuge for the socially rejected has since become a hotspot for visitors from every walk of life, and the people of Sacromonte do not discriminate. Sacromonte welcomes and accepts them all. 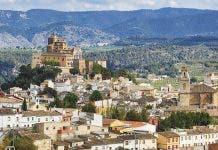 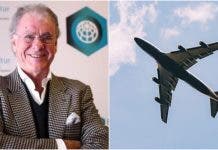 Recovering British tourists is essential and Spain should make ‘travel corridors’ between the likes of Birmingham and Mallorca if necessary, says tourism boss

Dilip Kuner - 25 May, 2020 @ 16:07
STRICT quarantine rules on tourists visiting Spain will be lifted in July. During the coronavirus lockdown, all international travellers...