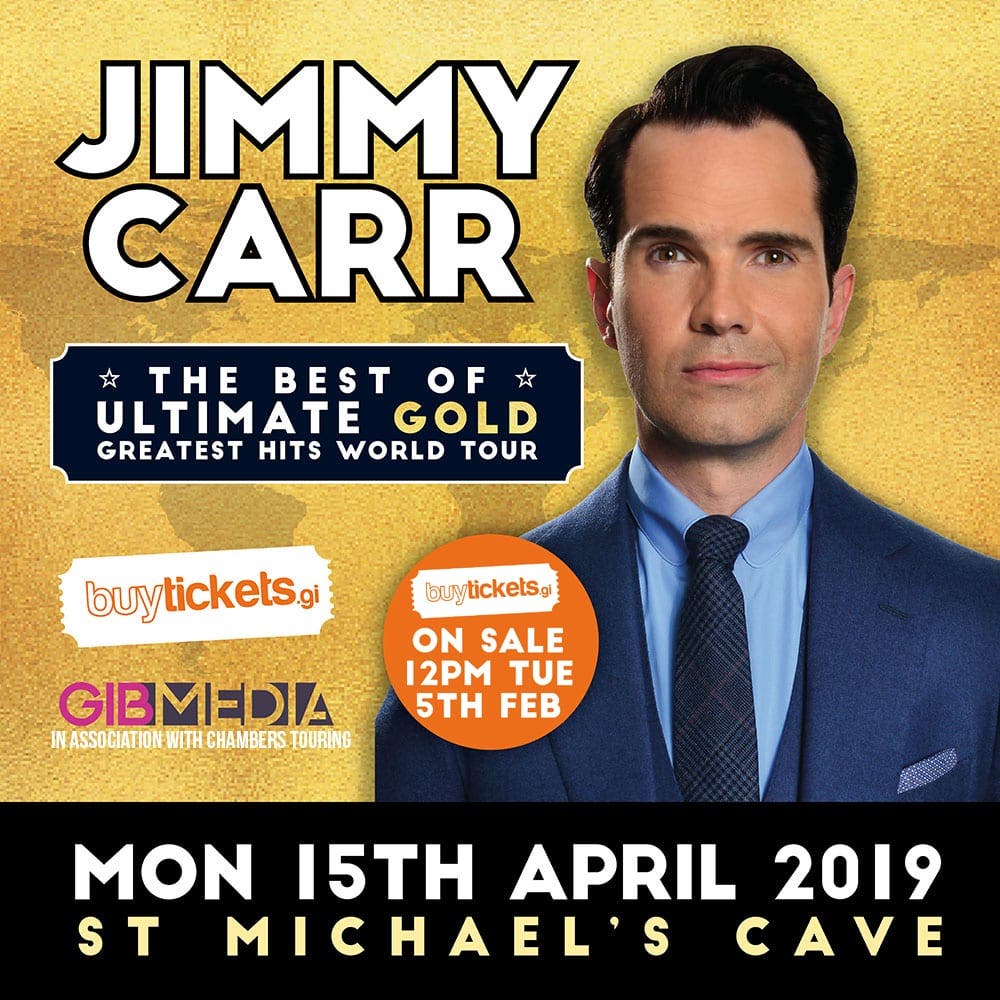 The funny man will hope to split sides on the Rock as part of his 2019 world tour.

The Best of Ultimate, Gold, Greatest Hits World Tour will arrive at the overseas territory in April.

In a message to local fans Jimmy Carr said: “I have travelled all over the world performing my stand-up show and it’s extremely exciting to be adding Gibraltar to the list.  I hope people enjoy it as much as we enjoy putting it together in different cities across the world.”

A spokesman for promoters GibMedia said: “We have been trying to attract touring comedy acts for some years. We want to encourage them to see Gibraltar as a solid possibility for inclusion on their tours destinations . Hopefully this will be the first of many.”

The Best Of, Ultimate, Gold Greatest Hits World Tour (not for the easily offended) is on Monday April 15 at St Michael’s Cave at 8pm.