POLICE in Spain now believe a high profile businessman, shot and killed outside his Marbella home, had been a money man for the Kinahans.

Investigators initially believed Marco, who co-owned popular bar Linekers, was targeted after he was suspected of stealing from the cartel.

However the Irish Sun reports Detectives now suspect another motive after learning the entrepreneur had an ‘excellent’ relationship with the Kinahans.

A source told the Irish Sun: “Due to the nature of some of Yaqout’s dealings, it is also possible that he may have fallen foul of someone else due to a dispute which has yet to come to light.

“However, it has been established beyond doubt that he was acting as a money launderer for the Kinahan cartel.”

There is no suggestion that any of Yaqout’s business partners or the nightclub itself were involved in laundering or aware of his criminal activities.

A MANHUNT has been launched by Guardia Civil after two gunmen entered a luxury restaurant in Marbella on Friday night and opened fire. A Balkan man was reportedly targeted as he sat alone on the terrace of the restaurant ‘Bellini’.
Gunshots were reported in the La Dama de la Noche urbanisation at around 9.00 pm.
The victim was rushed to Marbella Costa del Sol hospital with multiple injuries but was later discharged, according to the Spanish press.
A waiter said: “I waited for them to sit down to come and see if they wanted something, but I saw movement and two shots were heard.”

Marco had been linked to the scam which saw more than 20,000 people sold non-existent timeshares in holiday apartments.

“The investigation is still at its preliminary stages so nothing has been conclusively ruled out,” the source told the Irish Sun. 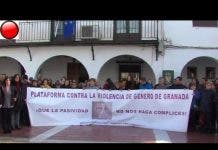