THE mother of an alleged jihadist accused of plotting a massacre during Semana Santa has said her son is, ‘a good kid’.

“He’s clean, I swear to God, he hasn’t done anything,” the unnamed woman told media in Calle Ortega y Gasset in Sevilla where her son was arrested.

She also called on neighbours, and teachers at the University of Sevilla, where he studies Arabic Philology, to confirm that her son leads a ‘normal life’.

She added that her son, ‘plays football, studies, gets good grades and looks for work’.

The family, including the unnamed arrested man, are from Tetuan in Morocco and police in Spain are working on a joint operation with authorities in the north African country.

Police are currently raiding the home in Sevilla, where they have already seized some of the books used for the man’s university course.

There are no computers in the house, and police have so far allowed the family to keep their mobile phones. 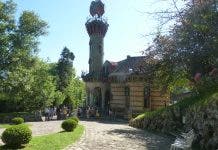 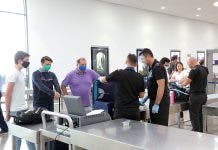 Laurence Dollimore (Digital Editor) - 14 Jul, 2020 @ 18:33
I must have missed the political prisoners being rounded up on the streets of Marbs while I enjoyed my tapas this afternoon