A TOTAL of 15 British companies have been accused of charging Spain-bound tourists for medical insurance already covered by the European Health Insurance Card.

The insurance cover can cost ‘up to €133’ per person for an already free service, according to Spanish private healthcare alliance ASPE.

ASPE complained last week that around 800 British tourists are turning up in private hospitals across Spain each day without proper insurance.

“These companies are charging for assistance they are not providing,” said David Medina, member of the board of directors of ASPE.

Medina added the insurance companies are offering patients with pre-existing conditions cheap policies as a ‘trick’ to win their cash.

The situation gambles with the health of British tourists, but is also harming the Spanish private healthcare system.

“If patients have a serious urgency, we have to take care of them until we stabilise them, at the very least,” Carlos Rus, general secretary of ASPE, said last week.

“But we then have to shoulder those expenses, and it’s very difficult to reclaim that money.

“Many times we also end up paying the costs for transferring a patient to a public hospital.”

The association estimates that each patient on a ‘fraudulent’ scheme costs a private hospital €4,000.

With 800 patients turning up each day, the damage is more than €3,000,000 to the private healthcare system per day.

ASPE already denounced the practice in 2016, urging companies to ‘put in writing’ exactly which services tourists are entitled to.

The association has now released a list of the 15 companies accused of continuing the fraud, including:

A Staysure spokesman refuted the accusations.

He told the Olive Press: “We do in fact cover for treatment in private hospitals if an emergency situation requires it.

“If we were to take the decision to move a customer to a public hospital, it would only happen once we receive medical approval there would be no implications to his or her health.” 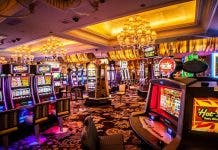