AN Andalucian coal-fired power station is to be shut down as part of a €1.3 billion, the Government has announced.

Almeria’s Carboneras plant will be closed by 2030, alongside the A Coruna in Galicia.

Spain’s largest electricity company, Endesa, is behind the closures of the plants – the only ones it had not already pledged to scrap by the mid 2020s.

No date has yet been given for its closure, but Endesa has said it will be revealed soon.

The energy giant cited poor market conditions for the decision to close the two plants early, saying that they were not ‘competitive’.

It had already poured €240 million into the Carboneras plant in an attempt to reduce its C02 emissions.

Endesa plans to convert the Carboneras plant into a renewable energy project, but so far hasn’t confirmed when works for the transformation will begin.

The company is investing €1.3 billion in renewable energy projects in Andalucia over the next 10 years, with the aim of generating 3,300 megawatts of energy.

The two plants would not have complied with emission limits imposed by the EU, which come into force on June 30, 2020.

Endesa did not want to spend the money on adapting these power stations to make them comply with emissions limits. 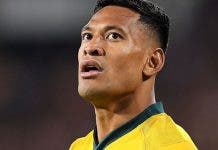 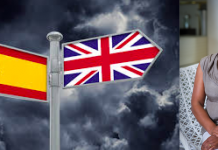 Laurence Dollimore (News Editor) - 28 Jan, 2020 @ 14:03
ISRAEL Folau has rejoined rugby league after signing with Super League club Catalans Dragons.  It comes after he was released from his contract with Australia...