Police seized a gun, 95 cartridges and €7005 during the raids, as well as eight number plates.

The criminals, aged between 21 and 61, were from Germany, Italy, Romania and Algeria.

Police made the arrests after a four month investigation into the gang, which began in the town of Velez-Malaga.

Over the course of the investigation, police recovered a specialised electric device used by criminals to start cars and began making arrests.

Some of the stolen cars were sold to drug dealers in the Campo de Gibraltar for use in the transportation of drugs while others were sent to Eastern Europe for the illegal car market. 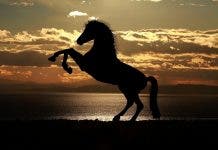