EPIDEMIC levels of influenza have been reached in Murcia according to the regional Department for Health.

An extra 150 medics are being drafted in to cope with the spike in demand for beds.

The announcement yesterday follows a TEN-FOLD increase in reported cases from the previous week.

On Monday (January 13) alone, 46 people were admitted to Arrixaca Hospital in El Palmar with ‘flu symptoms.

In the week following the Three Kings, beds were freed up from Neurology and Cardiology units in an effort to deal with those suffering.

Accident & Emergency departments throughout the region have recorded 67 cases per 100,000 citizens since the new year.

She pointed out that it is usual at this time of year for the number of cases to rise, but there is little provision to cover for staff that are on leave or sick themselves.

When the reinforcements were announcements, the Department also reminded the public that ‘flu vaccinations are available at health centres and can also be purchased over the counter at pharmacies.

Despite around 20,000 cases being reported in the Murcia region last year, that is still only half those reported in 2018. 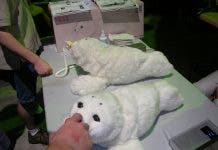 Simon Wade - 27 Jan, 2020 @ 09:39
NATIONAL POLICE have tracked down and arrested the mother of the baby left in an Orihuela doorway last week.