CORONAVIRUS panic is leaving hotels and restaurants in southern Spain facing a gloomy opening to the holiday season.

Cancellations and slumps in bookings of ‘up to 50%’ have left tourism bosses on the Costa del Sol and in Andalucia ‘worried’, the Olive Press can reveal.

It comes as Spanish Prime Minister Pedro Sanchez held crunch talks in Madrid yesterday as he outlined his government’s ‘shock therapy plan’ in response to the Covid-19 virus.

There are currently 35 confirmed deaths and more than 1,648 victims in Spain, while 32 patients have also recovered.

Mark Wardell, the General Manager at the Sunset Beach Club hotel in Benalmadena, admitted he was ‘worried’ about Andalucia’s tourism industry.

He told the Olive Press: “We are monitoring the situation on a daily basis but unfortunately we are subject to the unrelenting negative coverage by the media.

“We are experiencing some cancellations and for sure forward bookings have slowed down compared to last year.

“According to those in the know (local doctors) the outbreak will in theory reduce as the warm weather returns (as with any flu) but we doubt this will get any mention.

“That said, of course it will return next winter just like any other influenza virus.

“It’s going to be a tough year all round, particularly for small businesses and may well take a year or two before things return to normality.”

Spain has experienced a 20-30% average decline in hotel reservations since the outbreak began, according to the Spanish Confederation of Hotels and Tourist Accommodations.

In Ronda, two hotels confirmed to the Olive Press that they were experiencing a big drop in bookings. One possibly ‘up to 50%’, while another has almost no guests for the next three weeks.

The popular Ronda Romantica apartments have also seen various cancellations and bookings have slid by up to 20%.

A spokesman for the company, that asked to remain anonymous, revealed it was the ‘worst year since 2008’.

“We’re praying that this passes over soon,” he said.

“We were doing fine until a week ago but then had several cancellations – not many but enough to be concerning.

“Since then we haven’t had more than a couple and currently there’s no interest in anything.”

The hotel confirmed that its planned opening date of March 27 may have to be postponed.

“We have hand sanitiser at reception, which we use, but nobody is worried”

Elaine Love at nearby Molino Del Puente hotel added: “We are closed until Friday as we have no bookings.

“Reservations have dried up pretty much all together, I don’t think it will be possible to make it up, but it’s too early to say really.”

On the coast however, some hotels are more positive.

A spokesperson for the boutique La Villa Marbella, the town’s number one hotel on TripAdvisor, said: “We have only had one cancellation due to the coronavirus so far.

“In terms of bookings, it’s a bit worse, the numbers are slightly down compared to the same month last year and have shifted to June and July.

“We have hand sanitiser at reception, which we use, but nobody is worried.

“Around 80% of our guests are foreigners, mostly from Europe, but also from the US and Canada.”

Globally, coronavirus is set to have a huge impact on tourism, with the International Air Transport association estimating losses of €26 billion in 2020

Meanwhile some of the coast’s well-established restaurants have also expressed calm, despite coronavirus not yet being under control.

A source at a seafood restaurant of more than 55 years in Estepona Town Centre said they had received the ‘same number of bookings as usual’.

Further down the coast in San Pedro, a waiter at well-known Italian restaurant Fantasia said staff ‘hadn’t noticed a change.’

“We aren’t extremely busy, but that’s normal for this time of year. The real challenge will come during Easter,” she added.

Its spokesperson said: “Since the outbreak, we have been monitoring closely the COVID-19 situation as it unfolds.

“As preventive measures, we have increased our already stringent hygiene standards and sanitation procedures in every area of our venues.

“We have not detected any impact in the surrounding areas or any of our business.

“We have been trading significantly up on last year for the last three months, and bookings are over 20% higher for the summer season at the same point last year.”

There were fears that parades and events for Semana Santa could be cancelled – a period that attracts millions of foreign tourists to Malaga and Sevilla every year.

However, as of yet, all events are still on during this religious period, which in 2019 helped inject €13.1 billion into the Spanish economy between March and April, according to El Diario.

Globally, coronavirus is set to have a huge impact on tourism, with the International Air Transport association estimating losses of €26 billion in 2020.

Travel analyst Ralph Hollister from GlobalData, said: “If the virus is still having the same impact by the end of April, cancellations could start to increase at a rapid rate as consumers deem the risk to their health to be greater than their need for a holiday.”

Director of the European Travel Commission Eduardo Santander added: “The impact on European tourism will be massive – we’re talking about big losses.”

The World Tourism Organization has predicted a global decrease in tourism numbers of between 1% and 3%, rather than the 4% increase that had been forecast.

In Spain, the predicted 5% decrease to 74.28 million tourists will be the first time that numbers have dropped since the financial crash.

This would also lead to a 1.5% decrease in tourist spending compared to 2019.

It follows the cancellation of hundreds of flights to Europe and Asia by British Airways, Ryanair and Lufthansa.

German airline Lauda has also suspended its routes to Mallorca from March 18 to April 8 ahead of Easter.

In terms of flight numbers to Andalucia, a Ryanair stewardess told the Olive Press flights from Berlin to Malaga had seen about a 15-20% cancellation rate this week.

“But the flights are still pretty full luckily,” she said. “It’s pretty different to Israel and Italy.”

Andalucia has so far recorded zero deaths and 37 cases of coronavirus, in areas including Malaga, Alhaurin del Torre, Fuengirola and Marbella. 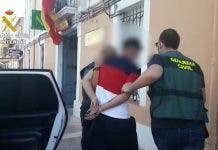