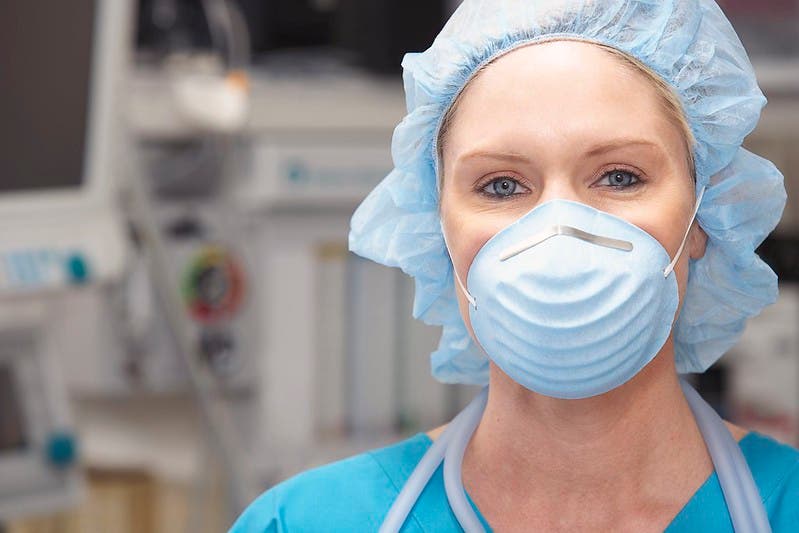 A LACK of protective gear has helped cause a surge in the number of health workers infected with COVID-19, the government has said.

Director of health emergencies Fernando Simon made the admission today after revealing that 5,400 medical staff across Spain have now tested positive for coronavirus.

Simon said the jump is partly due to the lack of access to protective equipment such as masks or suits.

“Market access problems are occurring globally,” he said, “There’s no easy availability but we are in the process of solving it.”

The health chief added that it was possible health professionals were also spreading the virus outside of the hospital, which would confirm that it is highly transmissible.

It comes as many ICUs have already reached breaking point.

Meanwhile, morgues and funeral parlours are extremely overwhelmed, particularly in Madrid, where authorities have been forced to use an ice rink as a makeshift morgue.

Simon told press today that he predicts a difficult week ahead for the health service.

It comes after Spain saw another record day in terms of new confirmed cases and deaths.

More than 6,000 people tested positive between Monday and Tuesday while more than 500 died.

Walter Finch - 9 Feb, 2023 @ 09:15
A CHINESE gang has been busted in Alicante and Barcelona as part of a crackdown on Europe’s biggest sex-trafficking and prostitution ring. Policia Nacional raided...