I SAW with awe the sheer will and determination that 100-year-old Colonel Tom Moore showed when he began his 100 laps of the garden for the NHS.

I glanced at my tiny balcony here on the Costa del Sol and realised lapping was going to be impossible and clapping every night at 8pm would have to suffice.

It did give me inspiration though, so I decided it was finally time to put Project Lisa into action and insist I had the next series of tests to check whether life-saving breast cancer treatment was working.
With two vital tests postponed since September – one due to radiotherapy burns and one due to COVID-19, in April – I knew I had to take up the Colonel Tom baton.

So I forged ahead with a flurry of phone calls to the hospital, emails to the AECC cancer association and to its patron, Queen Letizia.
Something worked and, miraculously, I got an appointment for May 6 and was met by a female doctor who was not my usual oncologist. Elvis had left the building, clearly, and neither I nor my partner Joffrey, who speaks good Spanish, got anywhere in finding out where he was.

Either way, my new oncologist is superb and told me I was on my ‘final Mo Farah lap’, as she appropriately put it.
The key tests are all now organised for June, so watch this space. A request has been put in for my new boobs which come with a complimentary tummy tuck, apparently. I know patience is necessary but when I am done, Barbie can eat her heart out.

One project ticked off, next one to go. Project Joffrey, my long-suffering Gallic partner. I just got his CV sorted and he is at the ready to work as a private chef in a home in Marbella or Mijas.
His dream is to open another Joffrey’s in Marbella (his last one in Mijas was amazing but was just not a good location) but this is not the time.

Where is a rich Russian, Norwegian or Saudi when you need them? I doubt Putin will be landing his helicopter anytime soon near La Zagaleta but I believe someone out there in the universe will help us.
Joffrey once cooked for Prince Charles, not to mention the British ambassador here in Spain. But here at Casa de Budget Lockdown, chef faces challenges. I have chickpea, roasted tomato, spinach & coriander curry nestled in my fridge along with a batch of homemade tomato sauce to eat as I enviously watch my neighbours splashing about in their pool.

At least we could finally go out at the weekend. While Joffrey gets a bit sulky on a walk (he’s more of a gym and boxing guy), being let out after two months indoors was a breath of fresh air and I quickly became like Julie Andrews in the Sound of Music to his grumpy Emmanuel Macron.
The highlight of the lockdown has been watching so many old movies. Remember Chariots of Fire? This great classic got me thinking about giving it your all, and while trying to nurture myself back to health and help Joffrey in his new projects, I am also trying damn hard to assist on various UK and Irish TV projects.

I have worked in TV for years and just finished helping a friend with a documentary on Andalucia. Now I’m doing one on Valencia – a progressive and forward-thinking virtual project.
However sometimes you must look back and learn from history. Like Eric Liddell, who won gold in the 1924 Paris Olympics. Played by Ian Charleson in Chariots of Fire, his words moved me about winning not being everything.

Now, as I face my own final lap, I look to that famous Scottish athlete and well up to his wonderful line: “In the dust of defeat, as well as the laurels of victory, there is a glory to be found if one has done his best”. I’m trying.

Write to Lisa at lisa.foley13@gmail.com 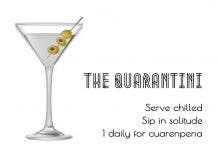 Simon Wade - 4 Jul, 2020 @ 10:58
POLICE have smashed an international drugs ring and arrested 18 alleged smugglers in Alicante and Malaga. The gang of...