A 16-YEAR-OLD girl has been arrested in Callosa de Segura for attacking an 85-year-old woman before stealing jewellery from her home.

The octogenarian was alone at home and answered the door to the minor, who asked for a glass of water.

After pouring a drink, the good Samaritan was pushed to the ground and the girl ransacked her property, stealing jewellery from the lounge.

The homeowner sustained an injury to her right shoulder during the attack and was forced to go to her nearest medical centre.

Guardia Civil took a statement from the victim, who gave a detailed enough description for agents to match it with local CCTV and identify the thief.

The girl was subsequently arrested on Monday, May 18, and police matched her to similar crimes in Torrevieja.

The Juvenile Prosecutor’s Office has decreed that the young woman be admitted to a juvenile centre in Alicante province. 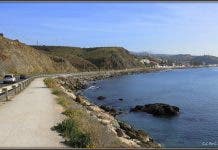