BRITISH expats have been left shocked by a suspected drug drop outside their Costa del Sol homes last night.

Bales of hash and an abandoned jet ski strapped with drugs were strewn across Estepona’s Playa Arroyo Vaquero this morning. 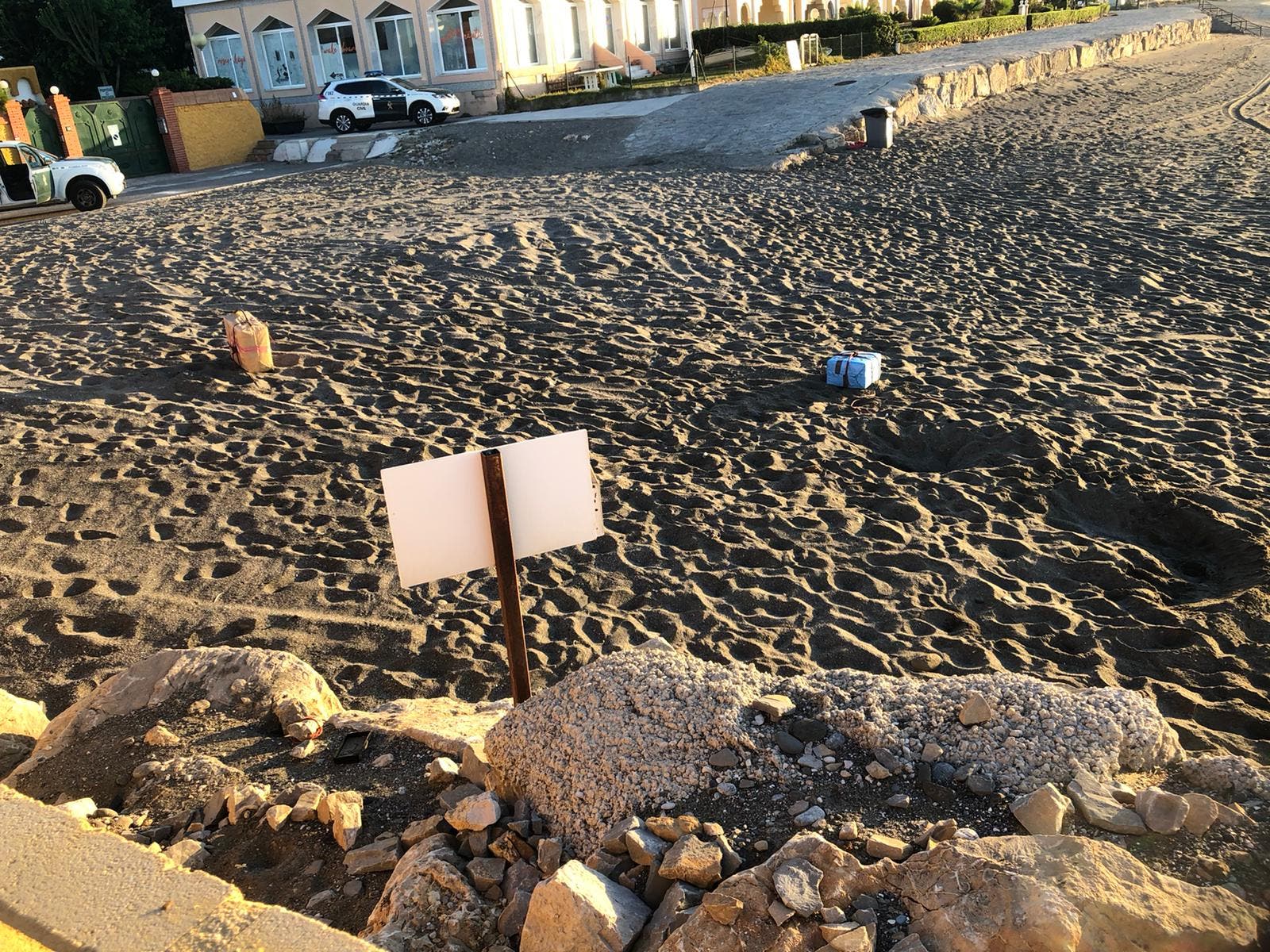 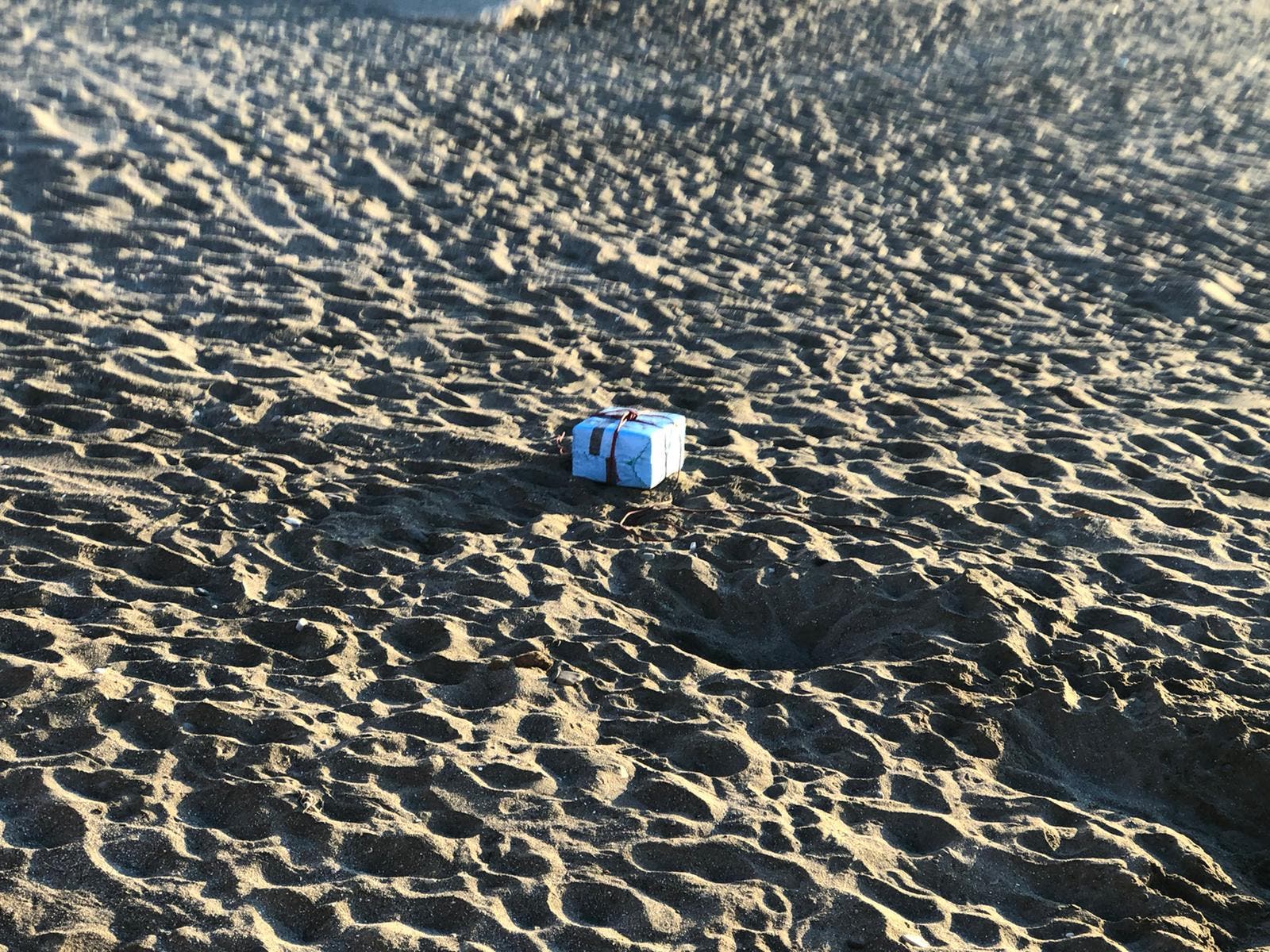 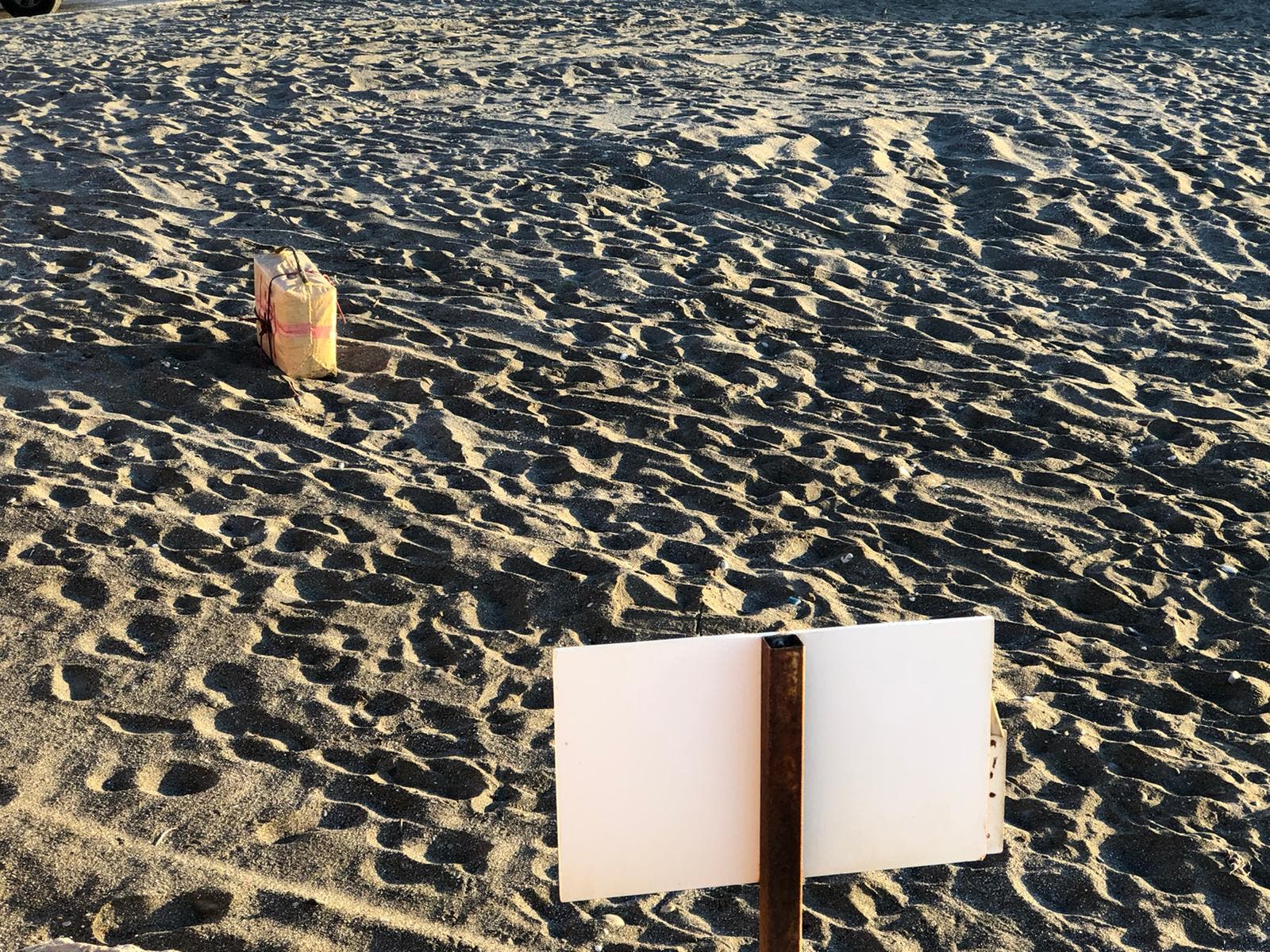 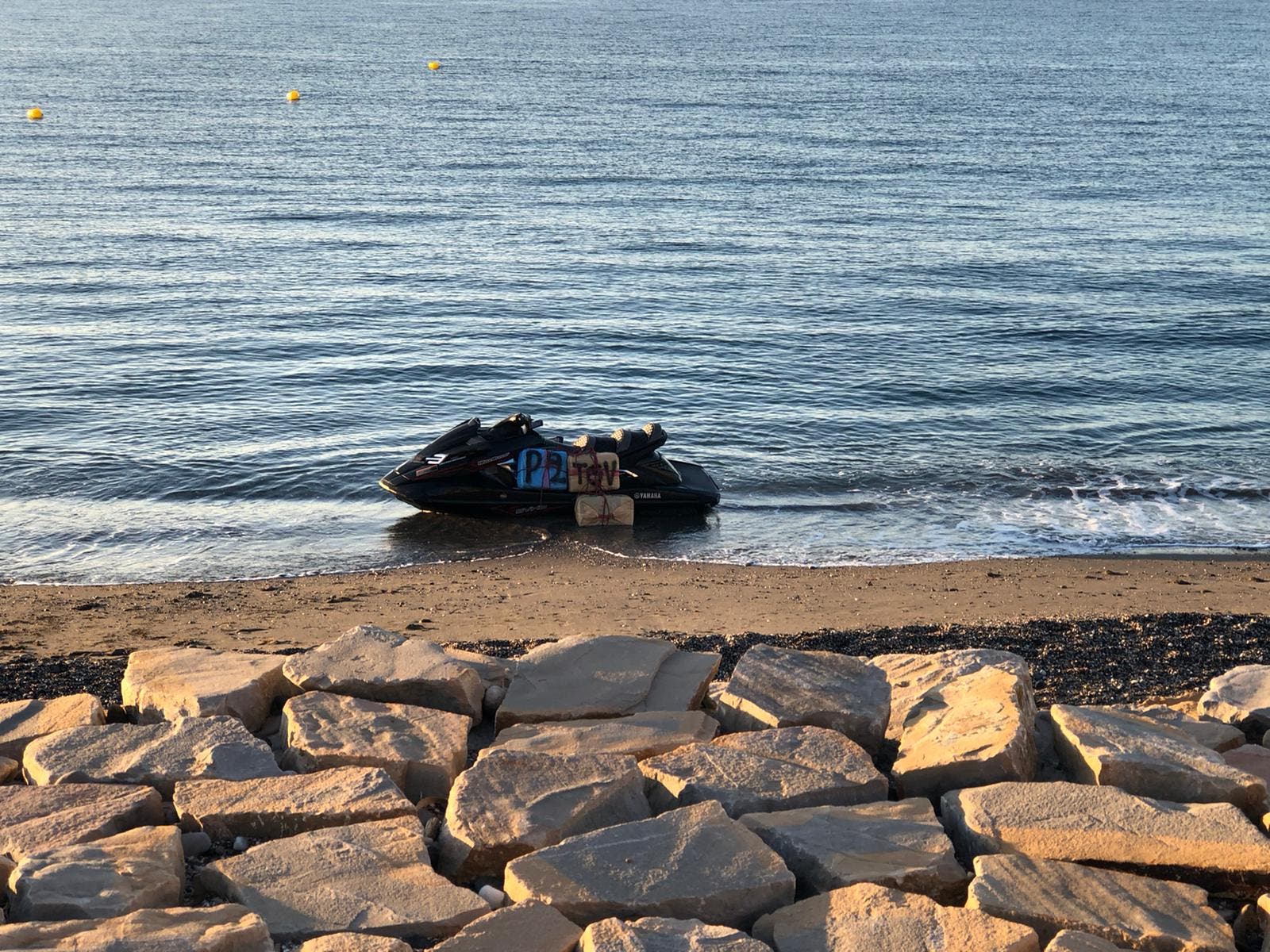 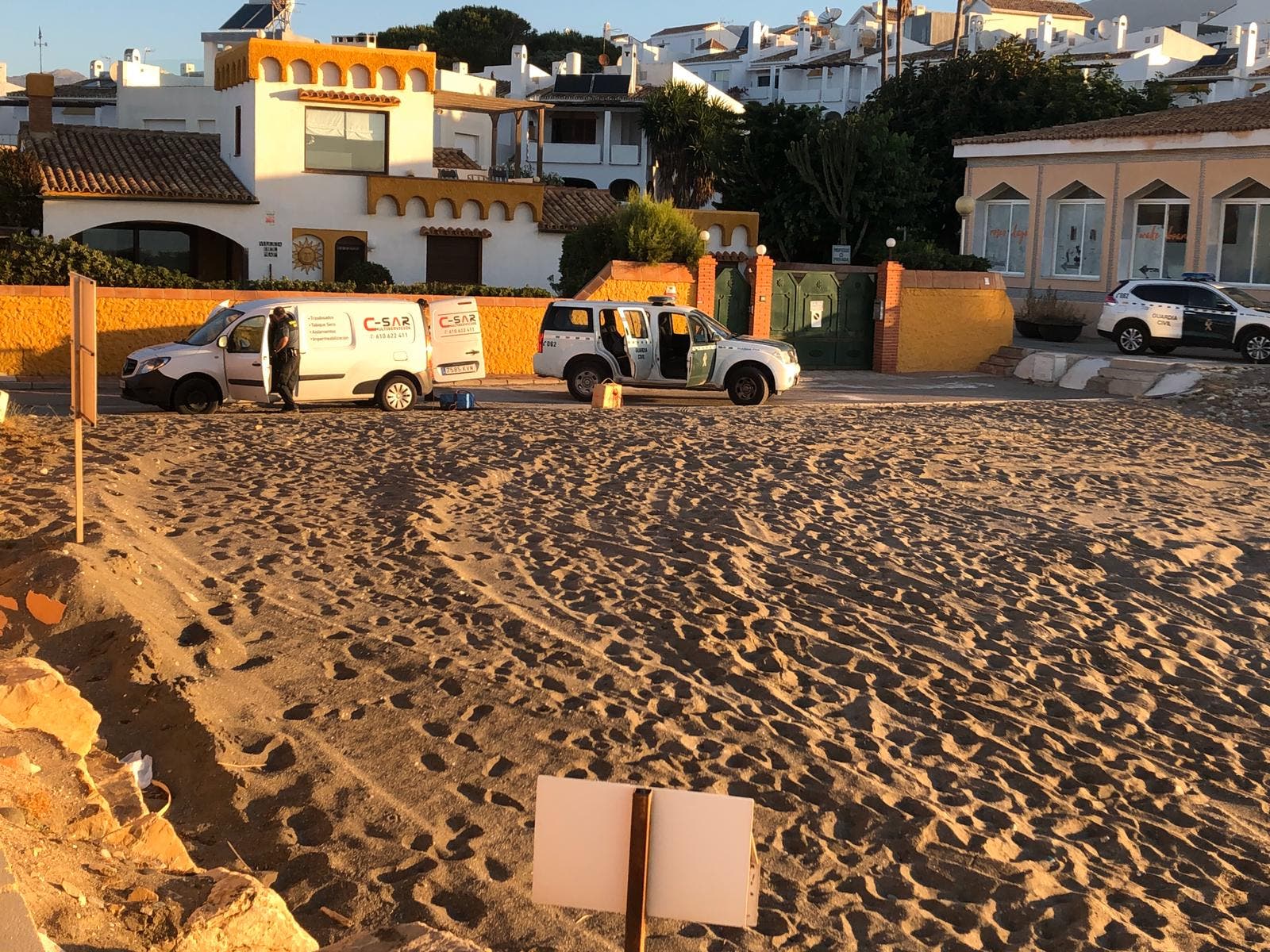 Yesterday evening Policia Local officers were spotted ‘jumping out of vehicles with guns’ in an apparent search for drug traffickers.

The Guardia Civil are understood to have seized the drugs that were still on the beach until about 8am this morning.

Pictures taken after 10am this morning at Urbanization Arroyo Vaquero also appear to show a truck towing away two jet skis.

One local Brit told the Olive Press: “We knew something was up last night as the Policia Local were jumping out at every car leaving the area with guns.

“The police definitely knew about it as they jumped out of the street and stopped my boyfriend and his brother at gunpoint just before midnight.

“They demanded to know who he was etc, he obviously told them he lives here and they checked his details and car and let him go.

“But when he called me I said oh my god there must be another boat coming in as that’s not normal behaviour.

“I said to them, Jesus they must have been tipped off.

“Low and behold I woke up to the photos from the President at 8am this morning.

“I got the heebie-jeebies about something going down only because of the armed police hiding in the streets and jumping out at cars.

“I don’t want drug lords tracking me down, I live right on this street, it’s a bit scary to be honest.”

The Brit, who did not want to be named for fear of her own safety added: “The president [of the community] said the traficantes got away but the Guardia Civil got there in time to intercept the drugs.

A Guardia Civil spokesperson declined to provide any details to the Olive Press, including if any arrests had been made in relation to the hash drop.

Residents told the Olive Press that the suspected drug traffickers ‘come up the side alleys’ after a drop has been made.

Some locals have now even installed huge boulders on certain streets to prevent cars driving up them.

Residents also reported that several drug drops had been made throughout lockdown, with the previous one on May 14.

One said: “They were caught with something like 400kg of cocaine or something that day – loads.”

Some locals were even ‘threatened with being killed’ by suspected drug runners as they left their homes to approach the boats landing on the beach.

Another resident added: “They looked at the neighbours, used their fingers and pointed at their own necks and did a slicing motion then put their fingers to their mouths as if to say sshhhh.

“They also fired guns into the air last time

“We heard them from the house but we figured it was a car backfiring as it was like 3pm.

“Hardly a time for that type of activity.”

The Olive Press also contacted the President of the urbanization but they were not available for comment.