Compared to the same period in 2019, Spanish airports have recorded a loss in passengers of up to 83%.

Although AENA has said the figures are improving, the toll of the travel bans across Europe remains severe.

Of the nearly 7 million passengers, 3.2 million were domestic travellers (a 61.9% reduction) while the remaining 3.7 million were international (an 82.2% drop).

By airports, Palma de Mallorca seems to be leading the charge to bring tourism back to Spain, with 1.1 million passengers in July.

The initial opening of certain borders and the lifting of the quarantine did see a bounce back.

However as more countries add Spain to their quarantine lists, the outlook for August is set to fall short of expectations. 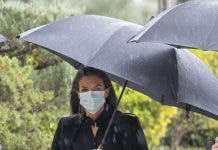