Home Alicante Agitated man tries to flee in police car as he runs over... 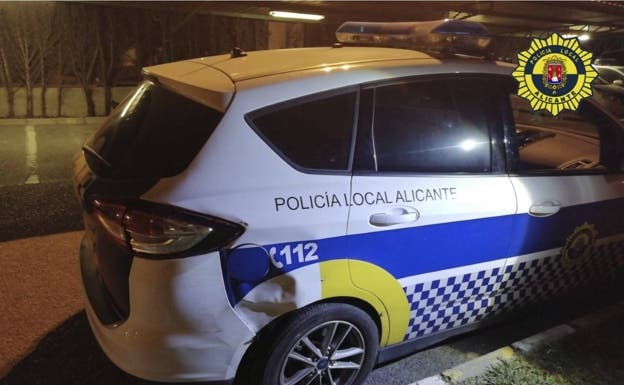 A man tried to drive off in an Alicante police car which he reversed into two agents before it ended up in a wall.

Police were called to a hotel on Calle Belgica in the city at 3.30am last Saturday after complaints that a guest was causing trouble.

They found a 24-year-old man standing in the car park in an agitated state and agents called for an ambulance.

When the paramedics arrived, the man ran across the car park and got into the police car.

He started the engine and hit reverse gear to try to run over the two agents who suffered minor injuries.

One of them managed to remove the ignition key to stop the man from fleeing.

The car careered for a further 15 metres before coming to a stop when it hit a wall.