Home Costa Blanca Police get the handle on a brass door thief who hit dozens... 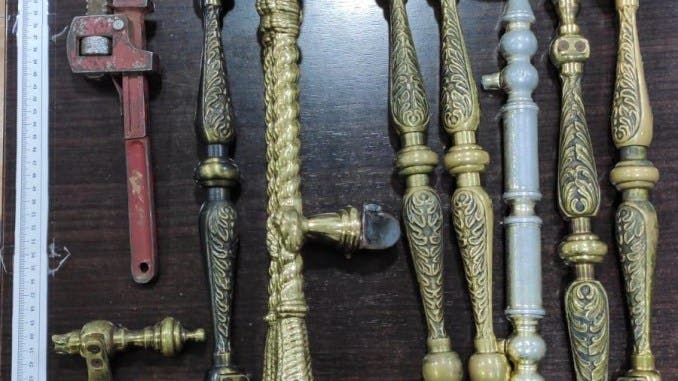 A THIEF with a penchant for stealing brass door handles has been arrested in a Costa Blanca town.

The French-born 54-year-old man had struck at around 40 homes around Callosa de Segura.

Authorities say that he is ‘well known to them’ with an extensive criminal record.

Brass door handle thefts have risen in Spain this year with thieves using magnets to find out if there is saleable metal under any paint or plastic coatings.

The Callosa thief’s major mistake was to break the curfew as a resident phoned the Policia Local with a 12.25am sighting of a man on a bicycle.

The observant resident then watched him try to remove the door handles of a property on Calle Felipe II.

By that stage, the Policia Local had got three other reports that night of similar robberies in Callosa.

Agents discovered 17 handles on him when they arrested him on his bike, along with tools to help the man’s criminal enterprise.