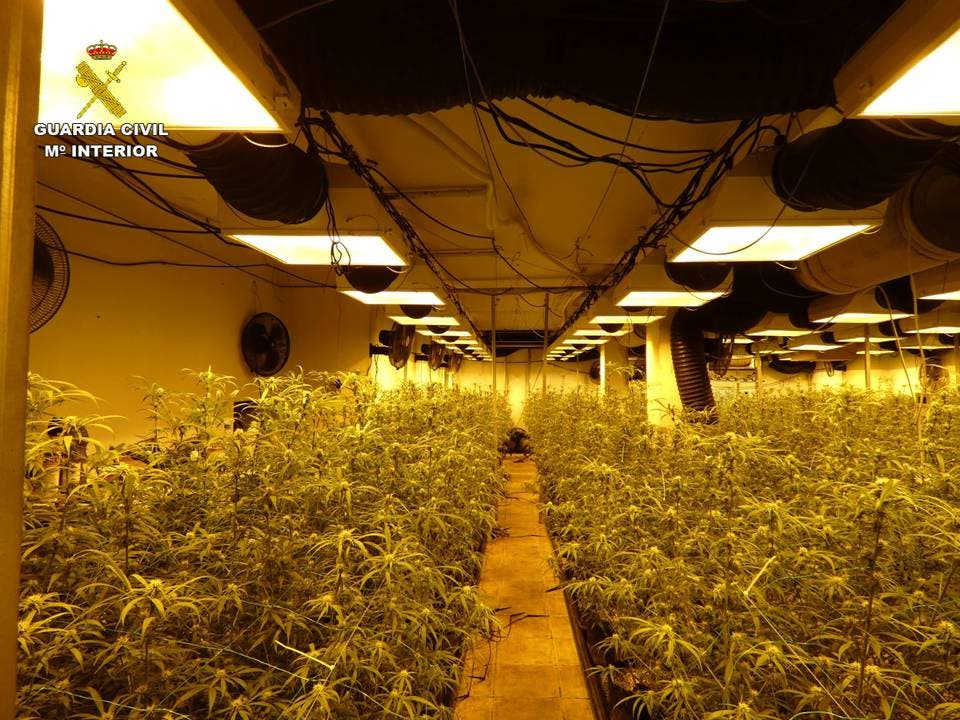 A RUSSIAN man has been arrested for running a marijuana farm in the basement of his Pego villa.

Guardia Civil agents from Pedreguer, Pego, and El Vergel cordoned off the area to stop the 34-year-old escaping from his sizeable property and grounds.

Investigations started when the Guardia got reports of a smell wafting out of the villa.

The basement was crammed with 101 kilos of 295 marijuana plants with the drugs having an estimated market value of over €182,000.

A variety of equipment was seized including gear that was used for an illegal hook up to the electricity supply.

A court appearance saw the Russian imprisoned after bail was denied.