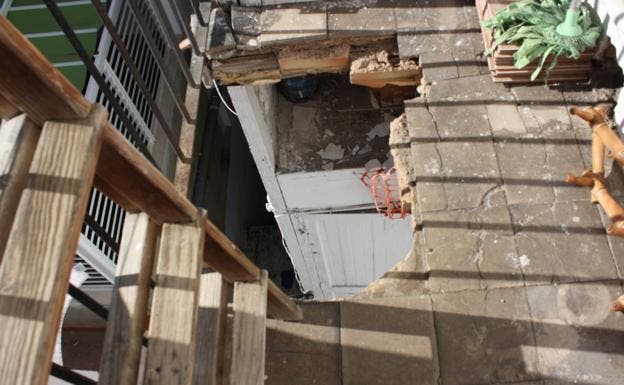 A 62-YEAR-OLD Valencia City resident suffered the shock of her life when she walked onto her apartment balcony and fell through the floor.

The woman, named as Carmen, fell over three metres down onto the second floor balcony on Calle Lepanto in the city centre last Thursday morning(December 3).

She suffered serious injuries after and was taken to Valencia’s General University Hospital.

People living in the second floor flat below the collapsed balcony heard a giant bang and discovered Carmen lying in the rubble outside their balcony window.

Her husband, Bernardo, had no idea of what had happened as he was in another part of their apartment.

A neighbour said: “It’s a miracle that she survived and we could see this coming due to the poor state of the balconies.”

Residents of the four-storey block were told not to use their balconies until safety checks were carried out.

‘MUST READ’ if you live in the Costa Blanca and Valencia regions of Spain with details of next week’s...