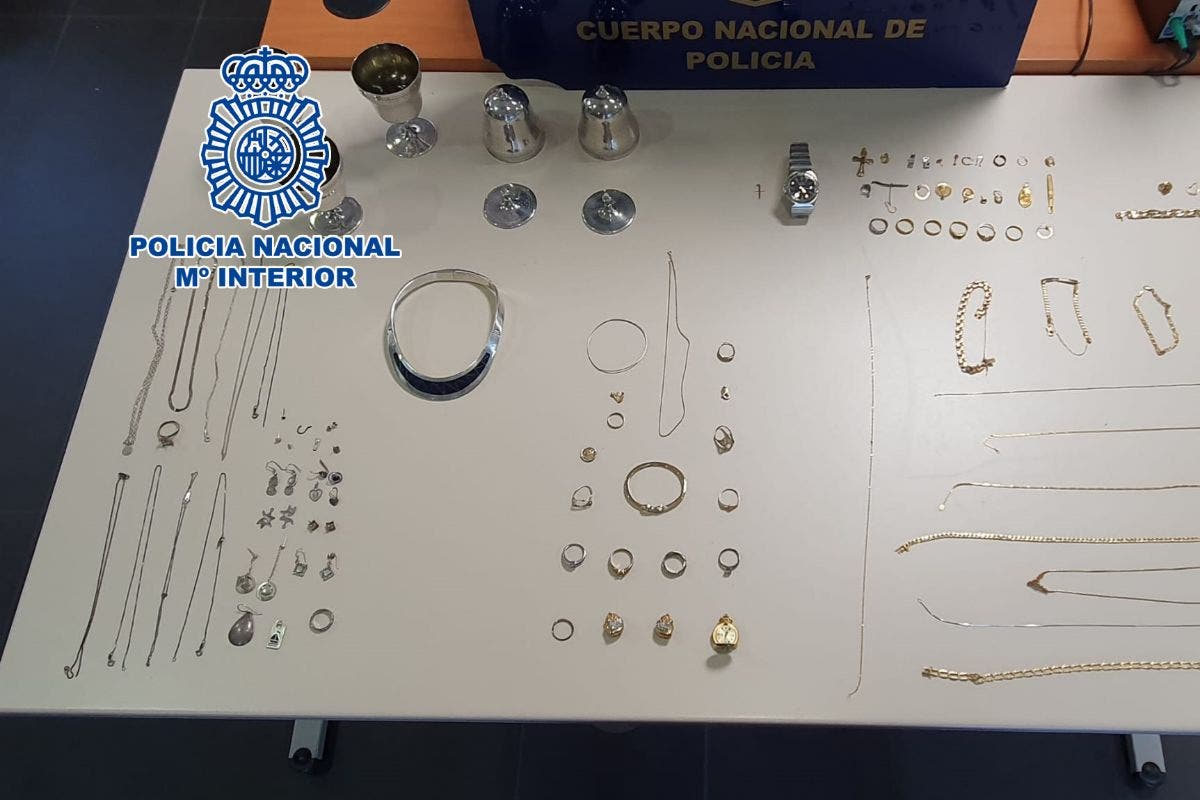 COSTA BLANCA jewel robbers used stringed glue to mark the front doors of suitable targets where the home owners had gone out to work.

Seven Georgian nationals and a Slovak man are accused of at least 15 thefts after being arrested by the Policia Nacional in Alicante City.

Three addresses were searched by agents as well a jewellery shop that was used to sell stolen items.

Gold and jewellery pawn shops were also inspected in the Policia Nacional sweep.

The East European crew travelled around Alicante Province to commit their burglaries in what was described as a ‘highly organised and structured’ gang.

The Policia Nacional said that some of the men had the specific task of ‘marking’ home doors with stringed glue to signify if the resident had gone out to work.

Other crew members would later visit all of the marked addresses to get into the properties to steal jewellery and other small items.

They were specialists in picking locks as well as owning equipment to gain access.

The thieves were so competent in breaking in that many of their victims did not know that they had been robbed until they went to look for a jewellery item sometime later.

The third element of the gang structure were people who looked to dispose of the stolen items on the black market.

One of them was a jewellery store worker who was responsible for melting down gold pieces to prevent them being identified.