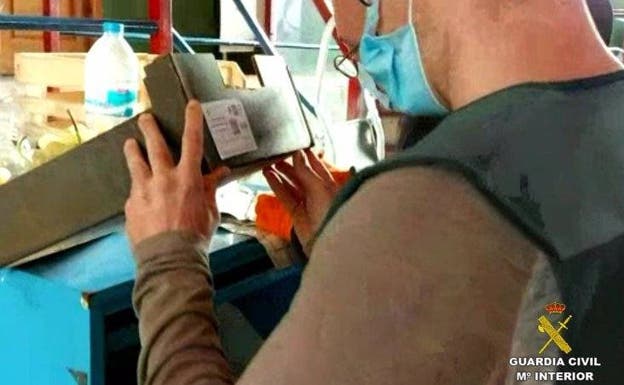 A fruity con with basic Costa Blanca-grown grapes being branded as ‘organic’ has been broken up by the Guardia Civil.

15 tons of table grapes were deliberately labelled incorrectly as an Agost company made up to €24,000 out of the scam.

The firm had shipped the ‘organic’ product to companies based in Perpigan in France as well as to customers in Barcelona, Madrid, and Navarra.

Three people have been arrested by the Guardia Civil and face fraud charges as well producing fake documents and a crime against consumer rights.

The gang were looking to make a pre-New Year killing with their supplies ahead of the traditional Spanish ‘taking of the grapes’ to see in 2021.

Guardia Civil officers intercepted a lorry belonging to the Agost firm heading north from Monforte del Cid to Barcelona with its erroneously-labelled cargo.

680 kilos of non-organic grapes were seized.