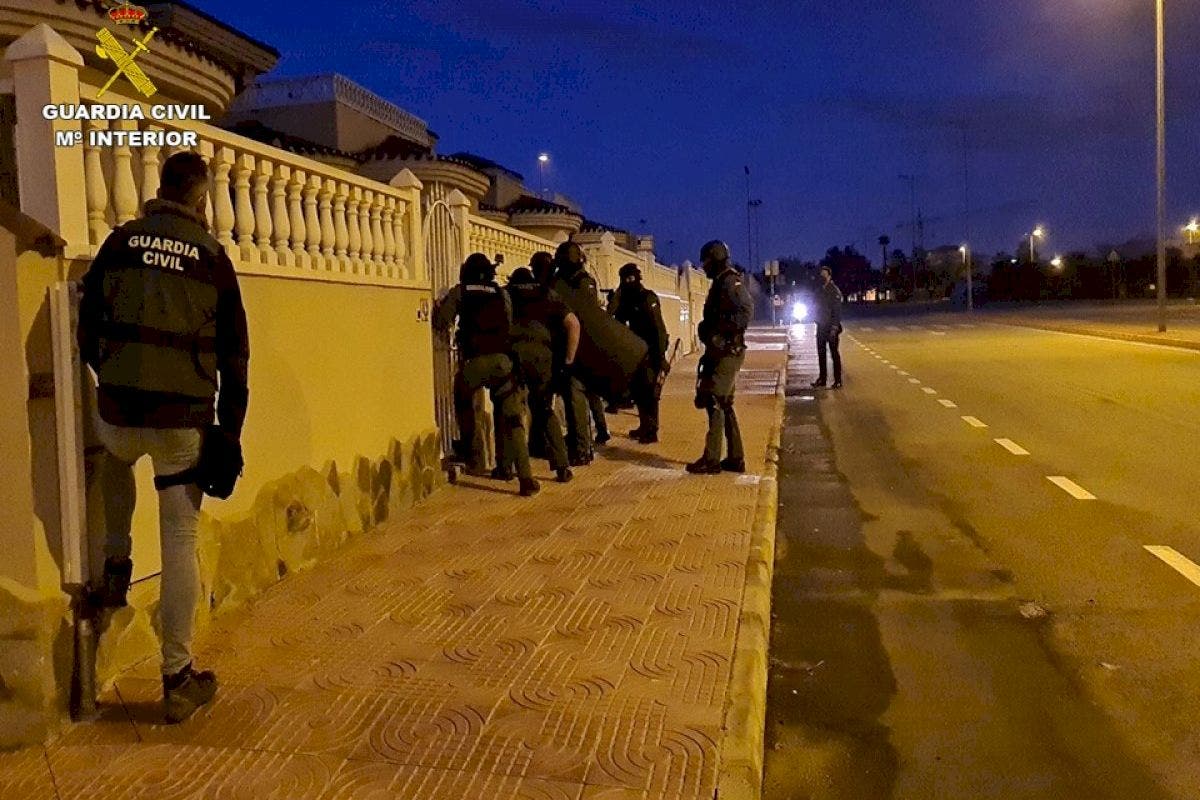 SIX Lithuanians have been arrested for running a drug trafficking business out of rental properties in mainly tourist areas of the Costa Blanca.

The gang used five homes and a Crevillente warehouse for their marijuana growing and distribution operation.

Their activities were brought to light after previous investigations last year into local criminal groups.

The Guardia Civil simultaneously raided the Crevillente warehouse as well as two villas in Quesada and one in Gran Alacant.

Officers also paid an early morning visit to a Callosa de Segura finca and an apartment in Catral.

Drugs were seized along with air conditioning units and two cars that were used to transport the marijuana.

The Guardia discovered ledgers which detailed bank transfers and the movement of the gang’s money.

Four men and two women appeared before judges in Elche, Orihuela and Torrevieja.

They’ve been charged with drug trafficking; the illegal use of electricity; money laundering; and belonging to a criminal group

All six were granted bail but they had their passports removed and they were ordered to appear in court twice-monthly ahead of their trial.