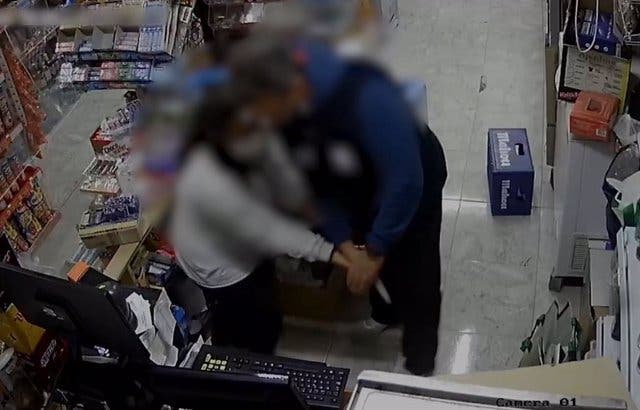 A female Torrevieja shop owner bravely took on a knife-wielding robber and threw him out onto the street.

The Guardia Civil arrested the 45-year-old Spanish assailant after identifying him from the store’s security cameras.

The man walked into a Chinese supermarket located in what the Guardia described as a ‘busy area of the city’,

He ostensibly went in to buy a can of soda, but then produced a kitchen knife and waved it in front of the store owner.

He demanded the contents of the cash register but she offered some unexpected plucky resistance, in spite of being on her own.

She took on the knife-man in a struggle and managed to eject him from the shop, minus any money.

She then filed a complaint with the Guardia Civil and one of the officers immediately recognised the assailant after looking at her shop CCTV footage.

The failed robber had been previously arrested on several fraud and theft charges, in addition to attacking the police.

The man was tracked down to a Torrevieja home belonging to his estranged partner, who had taken out a restraining order against him.

He was subsequently charged with violating the order, in addition to robbery with violence and intimidation.