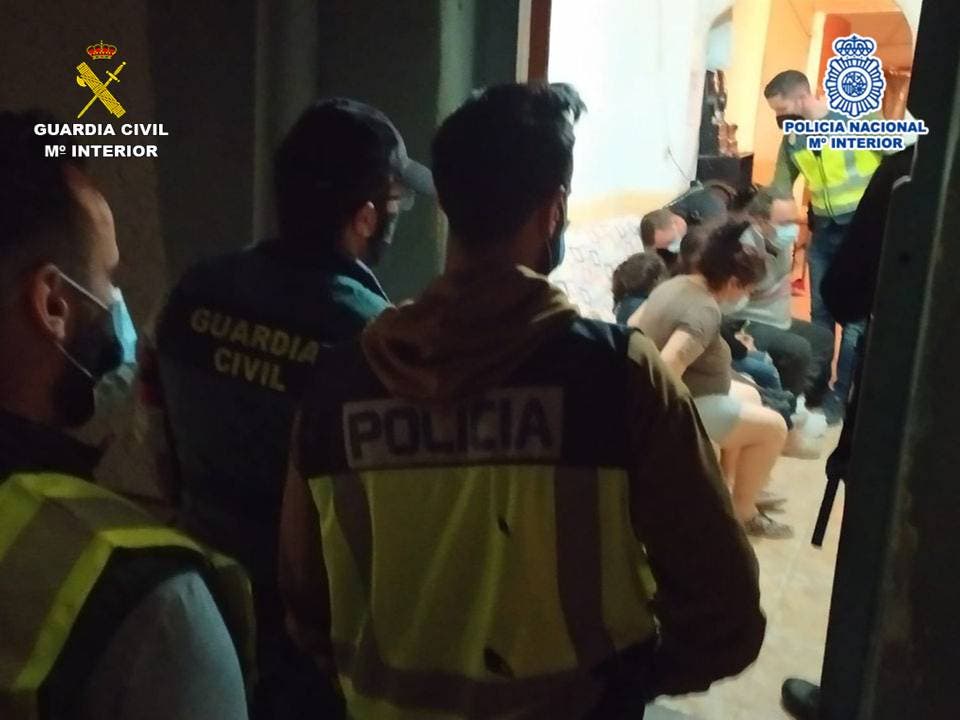 FIVE members of a violent home robbery gang have been arrested on the southern Costa Blanca in a joint operation by the Guardia Civil and Policia Nacional.

The Spanish gang had no hesitation in assaulting residents to get money and valuables.

The probe started last September after a significant rise in violent robberies was reported across the Vega Baja region.

The criminals covered their faces with ski masks and tied up their victims who also had their lives threatened at gunpoint.

Anybody who refused to follow their demands was assaulted.

In one case, the violent crew held a woman and her three young daughters captive for over an hour.

One victim suffered serious injuries after being hit on the head with a pistol butt, while another case saw a home owner have the barrel of a gun stuffed into his mouth.-

In one robbery, the thieves took over €54,000 of valuables, and helped themselves to a variety of shotguns from another location.

They even went as far as stealing a dog, said to be a potentially dangerous breed, from one address.

The gang’s luck ran out as two of them tried to rob an Orihuela home.

They nipped into the property by jumping over a courtyard wall but made so much noise that the home owner was woken up.

She phoned her brother to tell him to call the police, before she was threatened by the duo, while her elderly mother was tied up with a ripped apron.

Two Policia Nacional patrols arrived at the property with officers detaining the two burglars in spite of them being armed and violently resisting arrest.

The rest of the gang was rounded up in three house searches that took place on February 2.

Five Spanish nationals have been charged with ten home robberies, nine with violence; four illegal arrests; the illegal possession of firearms; and belonging to a criminal group.

A variety of items, including the stolen dog, have been returned to their rightful owners.