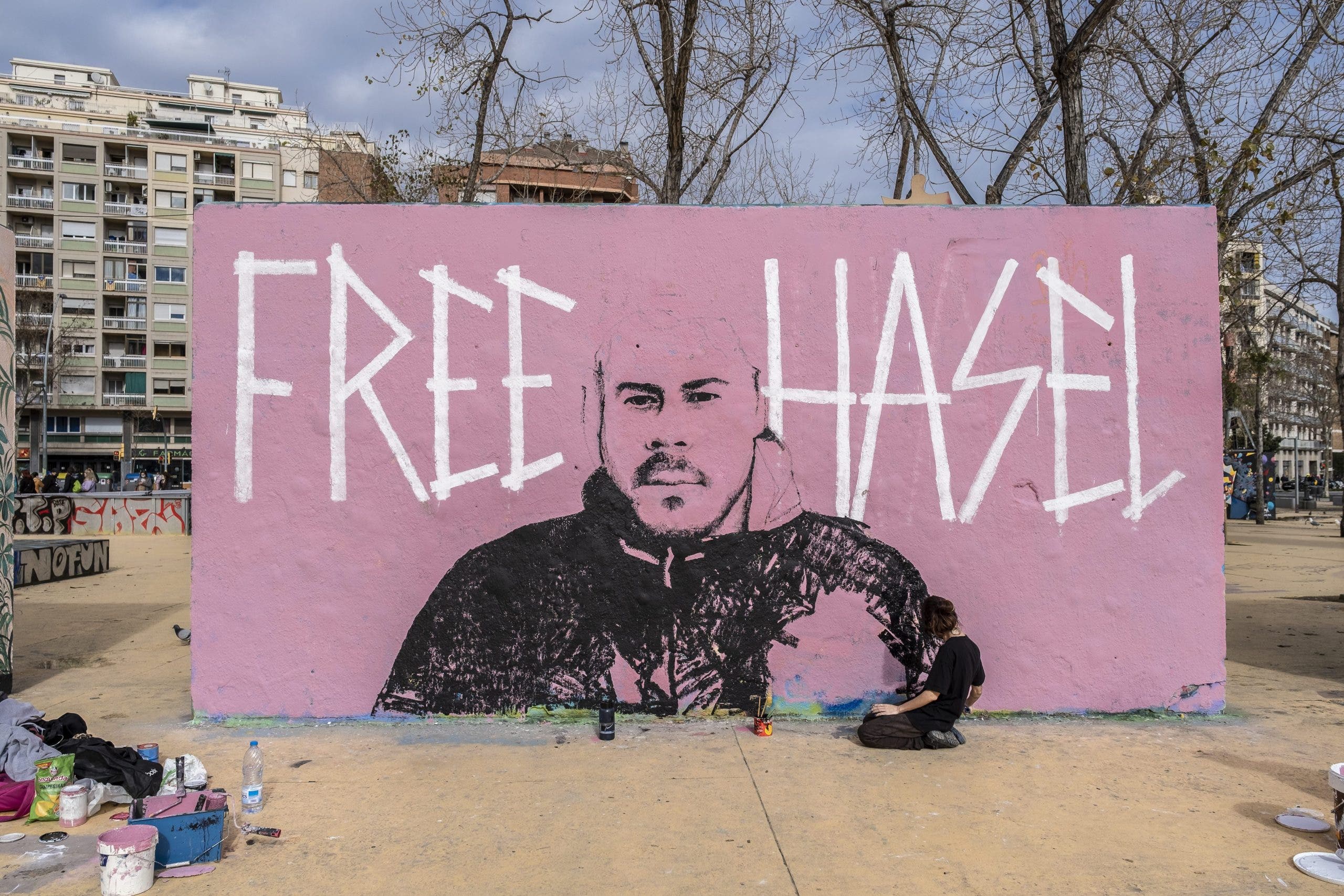 SPANISH rapper Pablo Hasel was detained in Catalunya this morning(February 16) after a day-long stand off with police involving himself and dozens of his supporters at Lleida University.

The Lleida sit-in was the rapper’s latest effort to resist imprisonment and draw attention to what he portrays as a campaign for free speech.

Hasel was given a nine-month prison sentence after being found guilty in 2018 of glorifying terrorism and slandering the crown and state institutions via tweets and lyrics.

His comments accused King Felipe and his father, Juan Carlos of several crimes, while the police were attributed with attacking migrants and demonstrators.

He likened the behaviour of a court to being something akin to the Nazis..

Hasel was due to hand himself by last Friday but defied the order.

Almost two hours after officers from the Mossos force went in early on Tuesday, Hasel was led away calling out ‘death to the fascist state’.

A Mossos spokesman said that officers had entered the university ‘to enforce the judicial ruling’.

Hasel’s case has drawn a lot of interest in Spain as over 200 people from the entertainment world, including film maker Pedro Almodovar and actor Javier Bardem, signed a petition last week in support of the rapper.

No specific mention was made of Hasel or when the changes would happen.