TOMORROW (Tuesday February 23) marks one week on from the arrest of Catalan rapper Pablo Hasel at Lleida University – and the rioting and political turmoil caused by his imprisonment are showing no signs of abating.

Last week The Olive Press reported on the second and third consecutive nights of protests in several cities including Barcelona, Madrid and Valencia.

Since then, incidents have continued to escalate and culminated on Saturday night, when 6,000 people – the highest number yet – marched in the Catalan capital against Hasel’s arrest and in favour of freedom of speech.

Sunday also saw protesting, clashes between riot police and demonstrators, and damage to private and public property for the sixth night running – albeit on a lower scale than previously.

However, far from blowing over, the original issue has now split into several different directions, all converging at the same time on the streets, within the Catalan and Spanish governments, and in the media.

Analysts are now pointing out the coexistence of several totally different types of protesters on the marches, in a similar way to how the anti-COVID restriction demos united behind the same banner business owners, extreme left and right-wing demonstrators, conspiracy theorists, virus deniers and others.

While the bulk of the current protesters are marching in favour of Hasel’s release from prison and for freedom of speech, they are now being joined by common criminals who are using the riots to loot expensive shops for their own benefit, with many of those arrested having extensive criminal records.

But by far the most significant and ‘loudest’ protesters are young people who are furious with the world in general.

Interviews with these mostly 17 to 24-year-olds reveal that they are frustrated and angry with their lack of employment and financial prospects for the present or future.

Having grown up under the 2008 economic crisis and now seeing how any slight signs of improvement are dashed by the COVID pandemic, which also severely limits their personal freedom and social lives, today’s young Spanish people are being described as ‘a powder keg about to go off’.

Demonstrators are also angry at what they perceive to be the double standards employed by the authorities.

Hasel’s arrest and the highly controversial riot control methods employed by the police – including foam bullets and trapping groups of protesters between two lines of officers – have coincided with widely publicised issues such as refusals to investigate the mounting accusations against former king Juan Carlos I, the beating of a father and his teenage daughter at the hands of two off-duty National Police officers in Linares (Jaen, Andalucia), and the authorisation of a neo-Nazi march in Madrid with hate messages directed at Jews and other sectors of the population.

These are added to pre-existing conflicts regarding the judicial persecution of Catalan independence leaders, the privatisation of public healthcare, ongoing evictions of poor families who are unable to pay their mortgage or rent, dwindling State pensions, and many others.

“You have shown us that peaceful protest doesn’t work,” read the main banner on Sunday evening’s march in Barcelona, referring to the 15M camps that sprouted in 2011, regular mass demonstrations in favour of Catalan independence, and other examples of non-violent protest throughout Spain in recent times that did not yield the expected results.

While opinions on the riots, looting, destruction of property and confrontations with police vary enormously from total support to outright condemnation, the majority fall somewhere in the middle: violence is never the answer, but the frustration and anger are understandable.

Meanwhile, the dispute has widened the ever-growing schism within the Spanish executive.

Disagreements between co-governing parties PSOE and Podemos are becoming so common that previous attempts to disguise them in public and offer a united front in Congress are no longer an option.

And, as with many other public resentments bubbling just below the surface, the Hasel protests have been the spark that has started the fire within the government.

Podemos refuses to condemn the protests, calling for an urgent pardon for Hasel and a reform of the Penal Code, while Prime Minister Pedro Sanchez insists that violence is totally unacceptable in any case.

This week saw the unprecedented situation whereby PSOE and Podemos MPs refused to applaud each other after speaking in the Spanish parliament, taking their confrontation beyond sniping at each other in the media.

Meanwhile, the opposition is calling for the resignation or dismissal of Pablo Iglesias and highlighting Hasel’s past convictions, which include assaulting a journalist during a press conference in 2020 and threatening a witness in a trial against two police officers in Lleida.

At the same time, the protests have also put a spoke in the wheel of the negotiations to form a working executive in Catalunya following the elections on February 14, with conflicting statements and demands from each party making it even more difficult to find a common ground.

At the time of reporting it is impossible for anyone to say for sure how all this will end or where it will lead, but one thing is certain: Hasel’s arrest has caused an earthquake whose aftershocks will be felt for a long time. 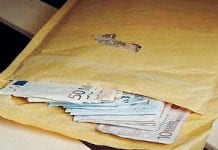 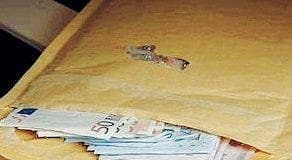 Kirsty Mckenzie - 25 Feb, 2021 @ 13:30
SOMALIA and South Sudan are the most corrupt countries on Earth, with Spain ranking at number 32 according to an annual survey of...