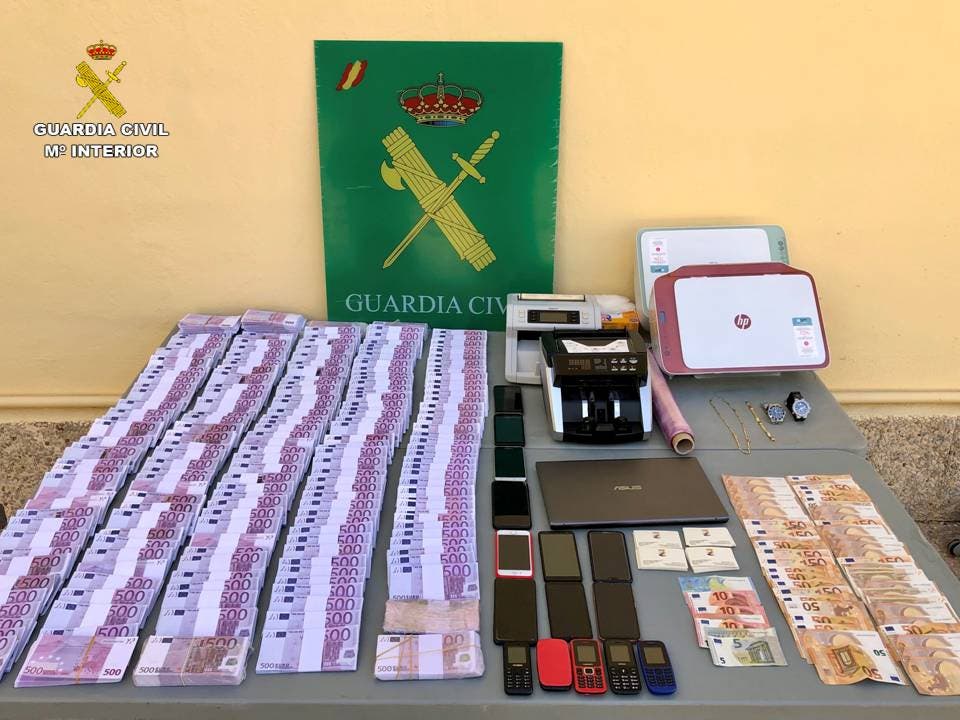 AN Altea business owner was scammed out of €50,000 by a Torrevieja-based family gang who switched genuine bank notes for fakes.

The victim was reeled in by the crew pretending to be agents for commercial property sales and a prestige international investment fund.

Four people have been arrested by the Guardia Civil who discovered over €1.5 million in fake €500 notes during searches of their homes.

The con gang used the internet to advertise their specialist property service and raised their credibility by saying they acted for an investment fund based on the Caribbean island of Curacao.

The crooks even rented an impressive-looking office to add a extra touch of reality to their scam.

Potential victims from around Alicante Province and the Murcia region were invited to meet them there, including the gang leader who pretended to be the investment fund manager.

The scammers dressed up in expensive clothes and wore luxury watches to convince their clients that they were dealing with a legitimate firm.

The Guardia Civil said that several people had been lined up to be conned including an imminent deal with a Murcia businesman.

The gang leader had operated across Spain and according to the Guardia, had links to groups across Europe doing similar scams.

They were rumbled after an Altea resident complained that he lost €50,000 in a fraudulent deal to buy a business property that he owned.

The con was all about swapping the Altea man’s money for the fake notes.

After he was reeled in to believe the scammers over the sale and their extensive financial background, they settled on €200,000 as the price for his business.

The fraudsters agreed to pay him an immediate €50,000 deposit in €500 notes so long as he could exchange them for notes in lower denominations.

Not twigging that it was a con, he duly obliged, including allowing the crooks to use a counting machine to speed up checks on the amount of notes.

All four family members were refused bail when they appeared before a Torrevieja judge.

There’s no indication as to how many people have been scammed by the gang and the losses they suffered.